The promotion of botany through improved communication between botanists was Tansley’s aim as he founded the New Phytologist. It was the same goal he sought, by various means, throughout his working life.

The New Phytologist was his first success. Just turned 30, and an assistant lecturer at University College, London (UCL), he recognised that botany was held back by a lack of opportunity for publication and discussion. He wanted a means of communication through which like-minded young botanists could share their knowledge and experiences for mutual benefit. With £130 from his own pocket, and using a cheap printer in a back street off London’s Tottenham Court Road, he launched the new journal in 1902. Subscription was 10 shillings (£0.5) a year for 10, very thin, issues. His instincts were proved right. Within two years, The New Phytologist was paying its way and he had recovered his investment. 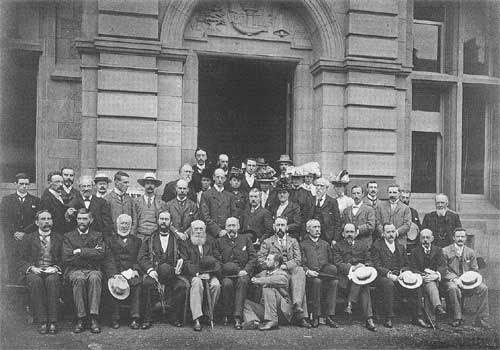 A young Arthur Tansley (bottom, far left) at the meeting of the British Association for the Advancement of Science held in Glasgow in 1901 (reproduced with permission from the University of Glasgow). For a list naming many of the people who appear in this photograph please see The ‘Tansley Manifesto’ affair by A.D. Boney (1991) New Phytologist 118, 3–21 to download the complete PDF.

Tansley wanted ‘...a medium of easy communication and discussion between British botanists on all matters…including methods of teaching and research’. Publication should be rapid, allowing the swift appearance of new observations otherwise liable to be lost. Short notices of important new books and papers were to be a regular feature, as were short reports of meetings of botanical and biological interest, foreign as well as domestic. The New Phytologist was to be THE forum for botanists.

Tansley almost called his offspring the British Botanical Journal but, following the suggestion of Francis Wall Oliver (Professor at UCL, and his immediate superior), settled on a more memorable name, The New Phytologist, after the magazine-style Phytologist that had enjoyed a short life between 1842–1863.

Although ecology was especially well represented – at least until the Journal of Ecology was launched in 1913 – Tansley was adamant that in its pages The New Phytologist should include all aspects of botany. To this day, and unusually, the journal remains ‘broad spectrum’. One basic tenet was, however, soon abandoned: the journal became international. The change reflected not just the journal’s appeal but, also, Tansley’s travels and widening circle of contacts, in particular, as he organised the first International Phytogeographic Excursion. For a list of Tansley’s life events click here.

Tansley was a frequent contributor to early volumes, both in his own name, and anonymously as Editor. For a list of Tansley’s publications click here. He was not afraid to use ‘his journal’ as a pulpit from which to preach his view of the future of botany. Most famously, in 1917, he encouraged the ‘Botanical Bolsheviks’ (including his brother-in-law, F. F. Blackman) to publish ‘The reconstruction of elementary botanical teaching’, which became known as the ‘Tansley Manifesto’103. Controversially, the Manifesto argued that plant physiology should be much more prominent in elementary teaching, and the newer disciplines of ecology and genetics should be properly represented. The Manifesto successfully persuaded a generation of younger men and women to modernise the botany they taught in British universities. 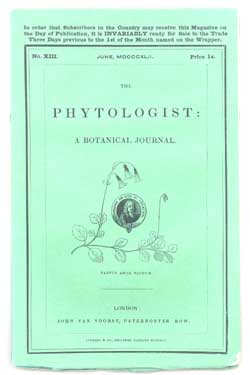 The Phytologist: A Botanical Journal. Front cover of the journal as published in June, 1842.

At the end of 1931, Tansley passed on editorship of his flourishing journal to three good friends and distinguished younger botanists: Roy Clapham, Harry Godwin and Will James. Similar handovers have occurred several times since then123. The New Phytologist continues to flourish in the 21st century. 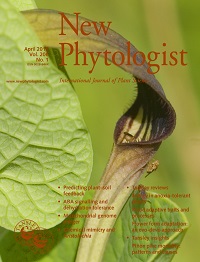 Next page 3. Tansley and Ecology