Alert for Symposia speakers and attendees: We have received reports of a scam targeting Symposia attendees. Click here for more information.

Thanks to all of our symposium organisers, speakers and delegates who helped to make the 31st NPS such a great success. We will continue to update this site with related information as it becomes available.

An interactive map showing where all the delegates came from can be found here.

A cluster of papers highlighting the use of orchids as models to investigate the ecology and evolution of biological interactions was published in Volume 202, Issue 2 of New Phytologist. Click here to see the list of associated papers.

Congratulations to Florent Martos (University of Kwazulu-Natal, South Africa) who was the winner of the New Phytologist poster prize for his poster 'Evidence for extreme specialization in both above- and belowground symbioses in Gastrodia (Orchidaceae)'. 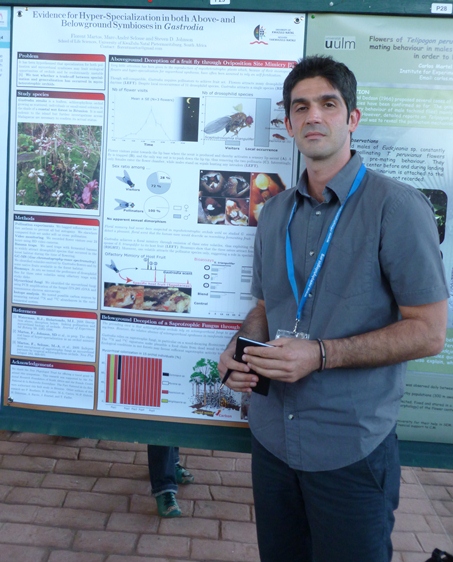 The three equal runner-up poster prizes were awarded to: 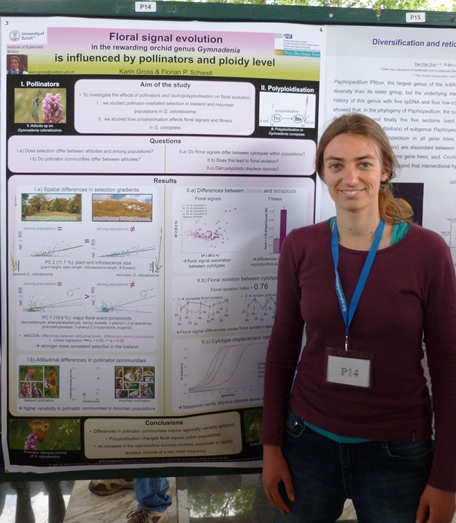 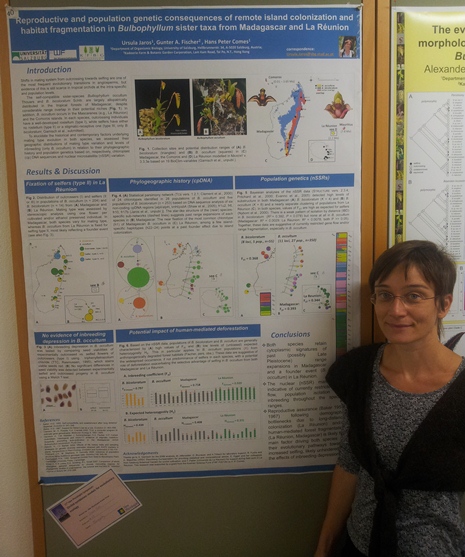 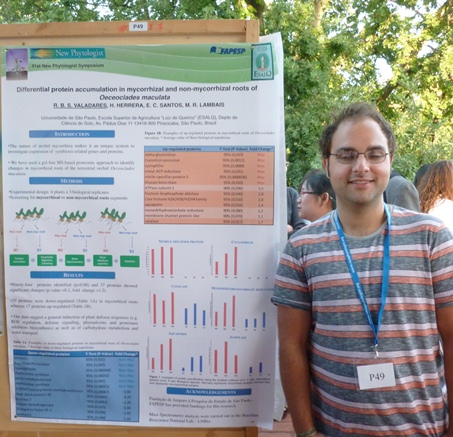 Orchids are outstanding models of biological interactions, due to their strong and diverse links with pollinators and mycorrhizal fungi, which are required for their germination. Biological interactions have strongly shaped the life cycle, reproductive biology and morphology of orchids. In addition, both kinds of interactions range from mutualistic to exploitive in mycoheterotrophic or pollinator-deceiving species. Indeed, the 24000 species of this family have already attracted a large number of research programs.

Many tools have recently been applied to the study of orchid interactions, such as chemical ecology, stable isotopes, high-throughput sequencing and in vitroexperimental designs, and data from tropical ecosystems are now increasingly published. A wide spectrum of conceptual evolutionary frameworks, such as general evolutionary theories on mutualism and plant distribution, as well as robust phylogenies are now available, but still poorly utilised in orchid research.

The key aim of this symposium is to improve the links between theory and field work, and also the integration of studies focusing on pollinators and mycorrhizal fungi, at physiological or ecological levels. In addition to this, we hope that the meeting will promote the exchange of methods and results and make it clear that orchid research can contribute to our general understanding of biological interactions and their evolutionary consequences.

The symposium took place over three days from 14 – 16 May, 2013 at the University of Calabria, Italy. Nineteen invited talks formed the basis of discussion at what was a relatively small meeting (120 participants). The talks were given on the first two days and on the final day there was be a field trip to a typical orchid habitat in Southern Italy.