Home » News » The evolution of Cannabis sativa: hemp and marijuana
Share this

The evolution of Cannabis sativa: hemp and marijuana


A history of gene duplication and divergence explains the differences in drug content between marijuana and hemp, a new study published in Early View form in New Phytologist has shown. 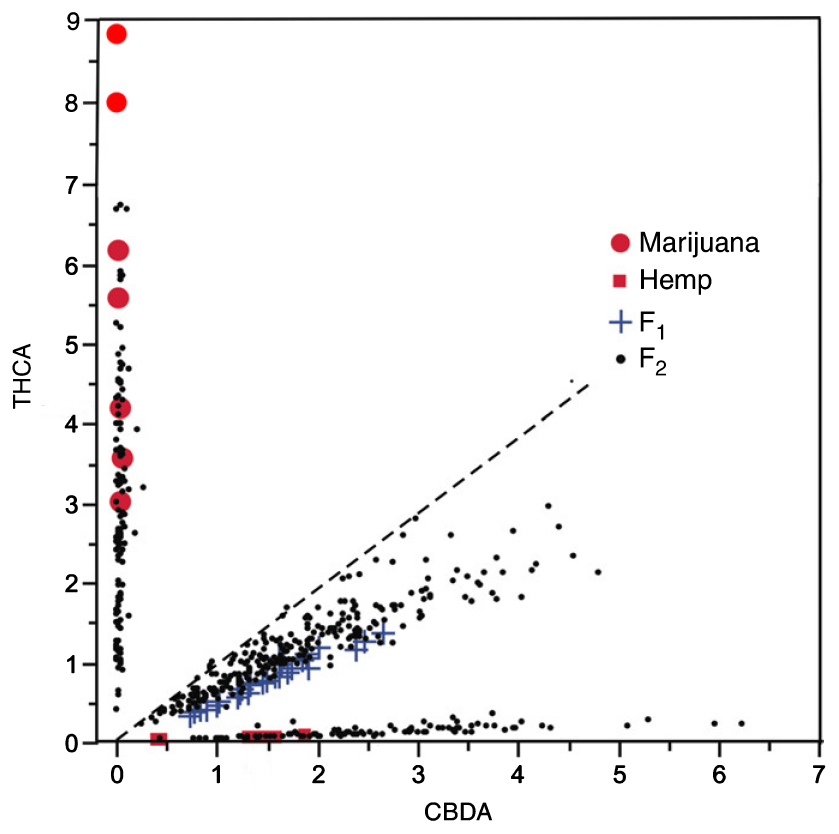 Image: The relative levels of THCA and CBDA in marijuana, hemp, and the first (F1) and second (F2) generation plants following a marijuana x hemp cross. The dashed line represents the expected ratio of THCA to CBDA if their respective synthase enzymes were equally competitive for the common precursor, cannabigerolic acid, so it is clear that the F1 and F2 intermediates have a significant skew towards producing CBDA. Image credit: Weiblen et al., 2015.

This research has important implications for the regulation of Cannabis cultivation. In many countries, all Cannabis plants are classified as controlled substances, but legislation in Europe, Canada and the USA still distinguishes hemp from marijuana, defining hemp as containing <0.3% THCA by dry weight.

Weiblen hopes that his research will enable the commercial production of hemp, a plant whose fibre and seeds are in huge demand internationally: "It’s a plant of major economic importance that is very poorly understood scientifically. With this study, we have indisputable evidence for a genetic basis of differences among Cannabis varieties, further challenging the position that all Cannabis should be regulated as a drug”.