Home » News » Physical dormancy in seeds: a game of hide and seek?
Share this

Physical dormancy in seeds: a game of hide and seek?

A very nice new study, currently on Early View and due to be published in the next issue of New Phytologist, explores the role and evolution of ‘physical dormancy’ or ‘hard seededness’.

Researchers from the University of Bergen (Norway), Royal Botanic Gardens, Kew (UK), University of Innsbruck (Austria) and University of Sheffield (UK) performed controlled seed predation experiments in an arena where desert hamsters (Phodopus roborovskii) were offered buried seed caches. The researchers found that, using olfactory signals, the hamsters readily found 'soft' seeds (that imbibed when soaked in water) but not 'hard' seeds that were impermeable to water. 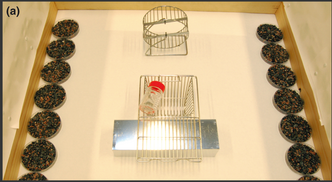 The arena or test chamber

The commonly assumed explanation for the evolution of hard seeds is as a dormancy trait but the authors argue that these data show that physical dormancy has evolved to hide seeds from mammalian predators. Furthermore the anti-predator trait of hard seeds could also facilitate seed dispersal and explain why plants continue to produce some permeable soft seeds. 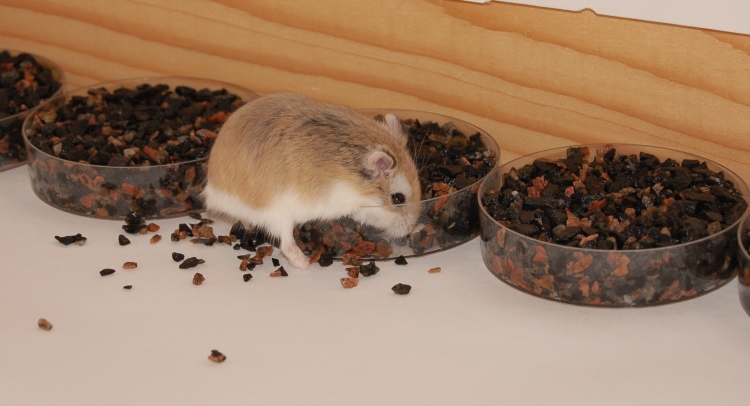 The potential significance of these findings is best summarised by the authors themselves:

“If we are to understand plant communities, it is essential that we critically examine the evidence that these traits do what we think they do. In the case of hard seeds, we may have been guilty of misinterpreting their primary function for at least a century.”

Read the abstract by clicking here.