Mosses have existed on Earth for more than 400 million years. During this period they survived many climate catastrophes that wiped out more robust organisms such as, for example, dinosaurs. Recently, British scientists brought single moss plants back to life after they had been frozen in the Antarctic ice for 1,500 years. Why are these small plants so resilient to climate changes? Professor Ralf Reski and Professor Peter Beyer and their teams discovered that mosses have specific genes that are activated quickly at low temperatures. Their results have recently been published online in New Phytologist. 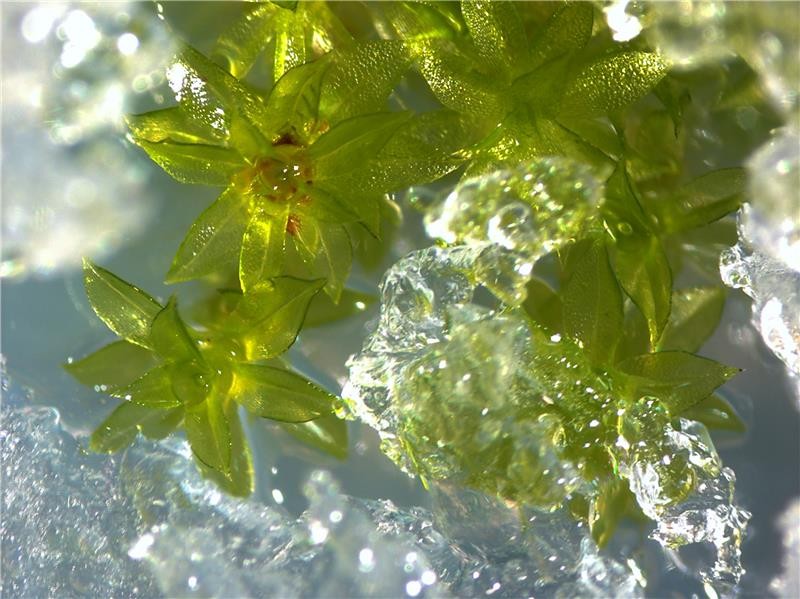 The members of the cluster of excellence BIOSS Centre for Biological Signalling Studies at the University of Freiburg, Germany, analysed the moss Physcomitrella patens, which has been the main research object in Reski’s plant biotechnology team for many years. Initially, the scientists determined the activities of more than 27.000 moss genes in plants grown at room temperature and for different periods of time on ice. Subsequently they analysed different signal and protection molecules from these plants with biochemical and physical methods. 'Moss recognizes a decline in temperature, uses the stress hormone ABA as a signal, which leads within a short period of time to three waves of gene activities', Reski reports. 'As a result, moss plants produce highly complex protection molecules.' Amazingly, the scientists found that among the quickest responders were many genes not known from any other organism. These moss genes may contribute significantly to the remarkable resilience of these plants.