Going with the wind


From a news release by Carol Hughes.

Microbes are everywhere. Some cause disease, but many form helpful symbioses and make up microbiomes necessary for promoting good health. In fact, most plants on Earth form beneficial symbioses with invisible belowground microbes called mycorrhizal fungi. These symbioses can have big implications for agriculture, forestry, and whole ecosystems.

A new study published in New Phytologist from a research team led by environmental scientist Bala Chaudhary at DePaul University uncovered previously undiscovered patterns in the dispersal of mycorrhizal fungi that could help ecologists understand how these beneficial fungi travel. 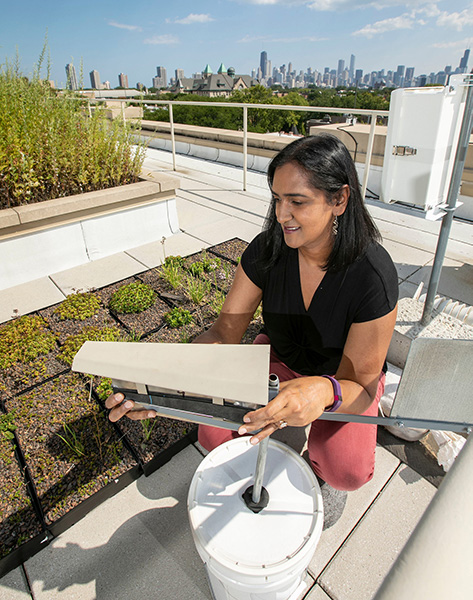 Researchers collected dust in aerial samplers on a five-story high Chicago rooftop for 12 consecutive months in 2017 and used DNA-barcoding to identify which mycorrhizal fungal species were more common at different times during the year. More than 47,000 arbuscular mycorrhizal fungal spores were captured and were present during every month of the year, including winter.

Chaudhary and colleagues found a diversity of mycorrhizal fungal species in the aerial samples, in particular species that are more common in agricultural soils. This finding, coupled with the timing of when spores peak in the air, indicated that anthropogenic soil disturbance like tillage could be liberating fungal spores from belowground to facilitate long distance wind dispersal.

Mycorrhizal fungi are among the most common beneficial fungi, mining soil nutrients and delivering them to plants in exchange for sugars, explained Chaudhary. However, the impact they have on plants depends on the type of fungal species present. Environmental factors and dispersal determine microbial community structure, but little is known about how microbes disperse long distances. 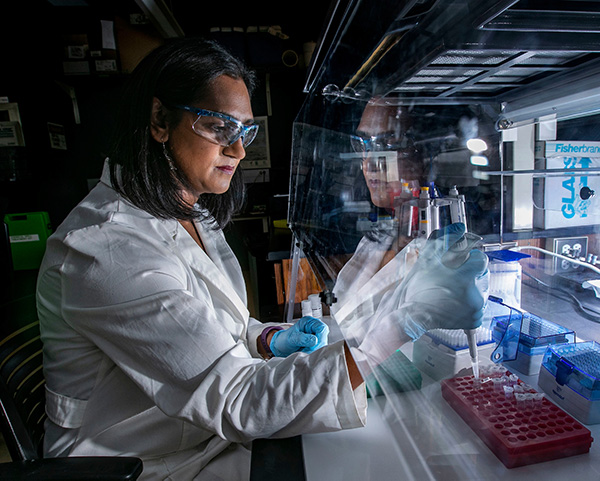 “It all started when we found in a previous study that mycorrhizal fungi were building up in urban green roof soils over time. Since these fungi exist entirely belowground, don’t make mushrooms, and form some of the largest fungal spores on Earth, they are not thought to be dispersed very well by wind. So how were they getting onto skyscrapers in the middle of Chicago?” Chaudhary said.

“The answer in my mind is ‘the wind.’ This most recent study shows that wind is a much more common vector of movement of mycorrhizal fungi than we previously thought,” she said.

“We can’t really talk about how pervasive this phenomenon is in the world unless we expand the research to include more locations,” Chaudhary said. She has funding to collect spores in 20 different sites across the United States, including Alaska, Hawaii and Puerto Rico.

“In those areas, we’ll set up dust collectors, trap spores, measure their traits, do their DNA-barcoding and then see just how prevalent aerial dispersal is at large spatial scales,” she said.

Co-authors of the study include Sarah Nolimal, who was a DePaul University undergraduate environmental science major at the time; Cameron Egan of Okanagan College, Canada; Jude Kastens of the University of Kansas; and Moisés A. Sosa‐Hernández of Freie Universität in Berlin.