Revealing the secret relationships between plants and fungi

Researchers from Leiden University have compiled information collected by scientists over the past 120 years into a new database of plant-fungal interactions. These important biological data are now freely available for researchers and nature conservationists.

Almost all vascular plants have a relationship with a fungus in their roots that allow them to obtain nutrients from the soil. This relationship is symbiotic, since the mycorrhizal fungi also benefit from it. It is so important that most plant species would not be able survive without it.

Until now, information on this symbiotic relationship has been scattered throughout myriad scientific publications. A new database of fungal interactions, available via the Global Biodiversity Information Facility (GBIF) and the PlutoF biodiversity data management platform, combines all knowledge into a single source and allows scientists to acquire a new understanding of the importance of the relationship between plants and soil fungi.

'The oldest symbiotic relationship on the planet'

Root fungi not only help plants to obtain nutrients from the soil, but the types of mycorrhiza available and their abundance in plant roots can have a large influence on plant life in general. Research has shown that the types and intensity of mycorrhiza in an ecosystem can drastically affect plant biodiversity. Studies have even shown that mycorrhizal fungi can influence how much carbon an ecosystem can store in the soil. 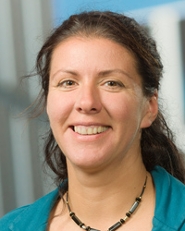 Ecologist Nadia Soudzilovskia (CML), the leader of the scientific group that compiled the database, stresses the importance of understanding the relationships between plants and fungi: ‘It is the oldest symbiotic relationship on the planet. Only in the past two decades have we begun to understand the true importance of mycorrhiza. This new database allows us to see the forest for the trees. Combining all extant knowledge will allow us to understand the role of mycorrhizal symbiosis in ecosystems.’

Using the new database, researchers will be able to couple a plant with a specific type of mycorrhizal relationship with fungi. ‘It was a lot of work to compile the database,' said Soudzilovskia. 'We had to pore over decades of research and locate any errors in previous papers. When we found conflicting data, we had to decide whether it was an error or a new identification.’

The database does not currently encompass all plants in the world but offers the option for researchers to add new data, Soudzilovskia explained. ‘The plants in the database constitute a large part of the Earth’s biomass, but adding more data is important. The database has the option for scientists and other experts to add new data and to leave comments on whether current assessments are correct. We aim to be very transparent.’

Besides information on which plants interact with which specific fungus, the database also has metadata on soil, climate and location of entries, allowing researchers to cross reference information quickly and easily.