The ash dieback epidemic, caused by the fungus Hymenoscyphus fraxineus, has swept across Europe over the past 20 years and caused widespread damage and death in ash tree (Fraxinus excelsior) populations. A recent analysis of surveys of ash dieback across Europe, published in Plants, People, Planet, reveals mortality rates as high as 85 percent in plantations and 70 percent in woodlands. 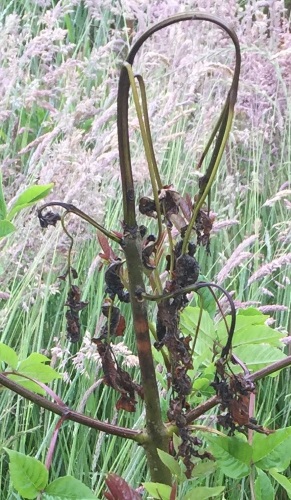 Such loss poses challenges to public safety, productivity of commercial forestry, green spaces and human wellbeing, and ecosystem services and carbon sequestration. Accurately estimating the proportion of ash trees likely to die from the disease is critical for managing these challenges.

"Although the numbers seem grim, the percentage of trees that are still alive is encouraging from a long-term perspective," said senior author Prof. Richard J.A. Buggs, of Royal Botanic Gardens Kew and Queen Mary University of London. "If this survival is due to heritable resistance, then conservation policies targeting breeding programs or natural selection may allow ash populations to flourish once again."

Read more about this research on BBC News.