Home » News » Once bitten... caterpillar attacks allow aphids to sneak up on plants
Share this

Once bitten... caterpillar attacks allow aphids to sneak up on plants


Plants face a formidable array of attackers and have to defend themselves. In a new paper published in New Phytologist, scientists describe two surprising discoveries: that plants prioritise the protection of flowers over leaves, and that simultaneous attack by aphids, caterpillars and bacteria leaves plants vulnerable to aphids but more protected from caterpillars. 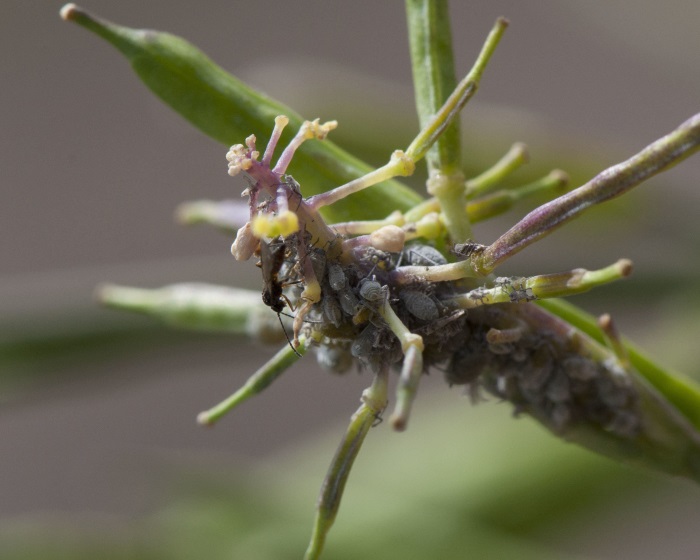 "Our study sheds new light on inducible defences of flowering plants if compared with most of the research that addressed plants in the vegetative stage," said the lead authors of the paper, Lucille Chrétien and Dr Dani Lucas-Barbosa, of Wageningen University, in The Netherlands. "We think that our study is also innovative in its approach because we quantified several phytohormones involved in plant defence and reproduction, and use multivariate analyses to examine changes in the phytohormone profile upon exposure of flowering plants to single and dual attack."