Mannitol is a naturally occurring polyol that can protect organisms against environmental stress. In their Letter, published in New Phytologist, Thierry Tonon and colleagues reveal the complexities of mannitol biosynthesis in the algae, identifying how their twisting evolutionary history has led to diverse and unexpected combinations of mannitol metabolic enzymes in these organisms. 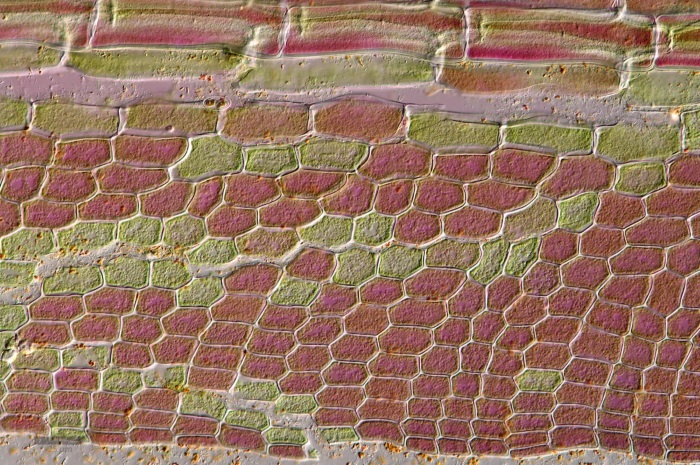 Caloglossa beccarii, an alga in the genus Caloglossa, which is known for producing mannitol. Image credit: Eckhard Voelcker. Used with permission, all rights reserved.

While the mannitol biosynthetic pathway in higher plants is well understood, the algae have evolved different sets of genes to convert mannose-6-phosphate into mannitol. Tonon and colleagues investigated the occurrence of these genes across the algae and the apicomplexa (believed to contain an ancestral red alga endosymbiont), revealing evidence of possible lateral gene transfers between species and complex patterns of endosymbiotic events. This complicated evolutionary history has left some groups of algae with several different mannitol biosynthesis genes, while others have entirely lost the ability to produce this compound. Many algal lineages contain fused mannitol biosynthesis genes that encode a bi-functional enzyme.

The results suggest that mannitol biosynthesis genes may have been present in the ancient non-photosynthetic eukaryotic host cell before it took up a photosynthetic cyanobacterium endosymbiont, but that the genes have since evolved different substrate specificities in different algal and plant lineages.

Mannitol is used as a sweetener as well as a medication for decreasing pressure in the eyes and brain. This important compound can comprise up to 25% of the dry weight of some algal species, and this work could have implications for enhancing mannitol production in the future.

Read the full version of this post on the New Phyt blog: 'The winding evolutionary path of mannitol production in algae'.