Global food demand is expected to grow by 110 per cent over the next 30 to 35 years, and for many of the poorest people on the planet, particularly in Sub-Saharan Africa, cassava is the most important source of calories.

Cassava is a vital food crop for more than 600 million people worldwide. It thrives on marginal lands, especially in semi-arid tropical and sub-tropical lands that could be the most severely impacted by climate change.

Despite making up nearly 50 per cent of the diet in part of Sub-Saharan Africa and showing resistance to climate change, cassava has not received the same amount of attention as other staple food crops. 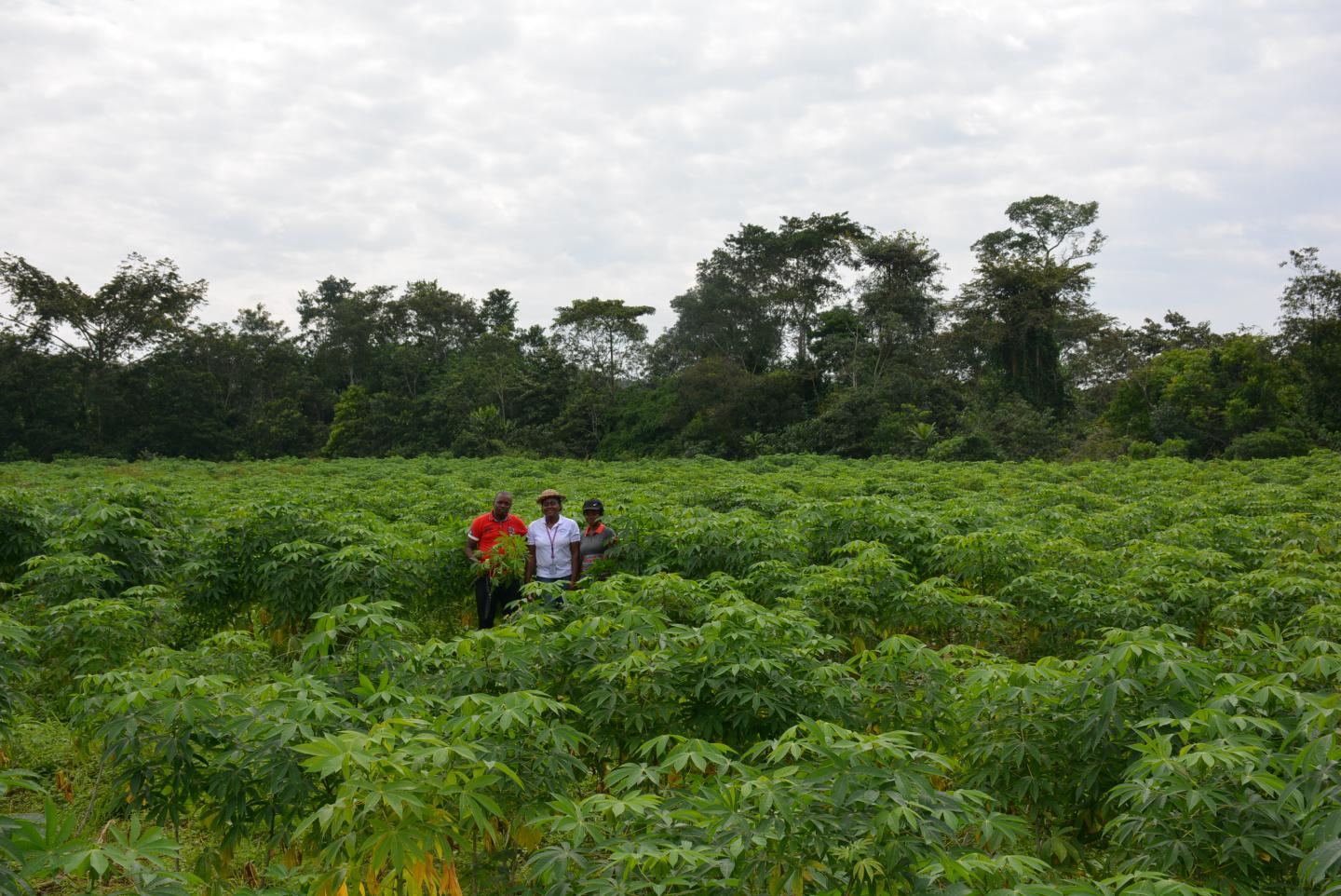 Cassava, a tuberous root crop that thrives in poor soil, is a staple food for 600 million people across the world. Image: Angela Obiageli of Covenant University, Nigeria.

A new Tansley review brings together research on the potential for improving cassava yields, such as by boosting the efficiency with which the plant captures sunlight and converts it into sugars.

The review found that the average yield of this starchy staple food crop has not significantly increased since 1961 – but there are major opportunities to increase yields by improving photosynthesis, the process where plants turn light and carbon dioxide into food and fuel. This is the first review that has explored improving photosynthesis, in conjunction with other aspects of plant physiology, in cassava.

"Cassava is so important to so many people, yet while we have seen massive efforts to understand and improve the yields of other crops, in comparison cassava has been neglected," said lead author Steve Long, Gutgsell Endowed Professor of Plant Biology and Crop Sciences at the University of Illinois. "Here we have summarised and integrated scientific knowledge of the crop as a basis for understanding how sustainable yield improvement might be achieved and to identify critical gaps in knowledge."

This work is part of Realising Increased Photosynthetic Efficiency (RIPE), a multi-institutional research project, led by Long, that is improving photosynthesis in cassava and other staple food crops in developing countries to increase global food productivity sustainably.

"An alternative would be to introduce new crops that have higher yields, but there are good reasons for favouring cassava, and cultures cannot change and should not be expected to change overnight," said first author Amanda De Souza, a postdoctoral researcher with the RIPE project. "With all the know-how in growing and preparing cassava as a food, it makes the most sense to improve this crop rather than try to replace it with other crops." 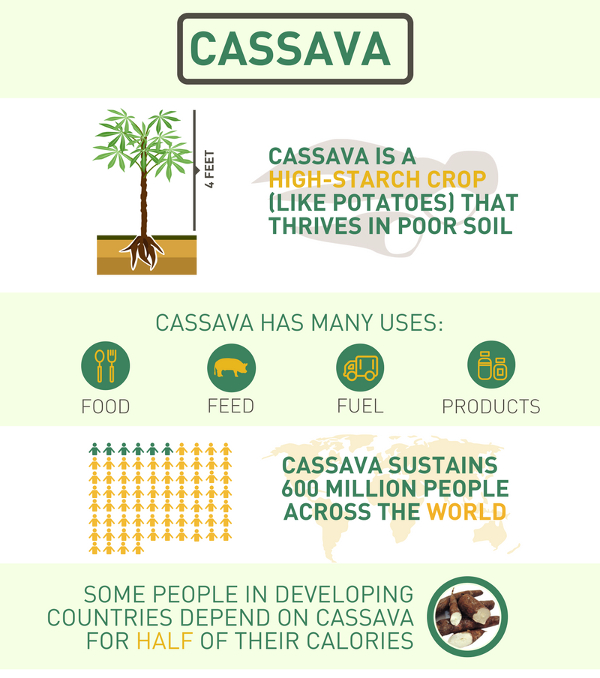 Over the past 50 years, cassava yields have stagnated, whereas corn yields in Nigeria (a major cassava producer) and the U.S. have more than doubled.

Most published research to date, the study found, has focused on improving the nutritional value or disease resistance of cassava. Even with these improvements, the current yield potential of cassava creates a ceiling, limiting how much food smallholder farmers can produce.

"We found cassava is photosynthesising far below its theoretical limit," De Souza said. "If we can improve photosynthesis, we might gain large sustainable increases in the yield of this important crop."

Long, De Souza, and colleagues suggest "synergistic improvements" – multiple opportunities to increase the yield of cassava under environmental stresses, such as drought and nutrient deficient soil. These opportunities include improving the architecture of the plant's leaves to better capture light and genetically improving the rate of photosynthesis.

In the future, De Souza believes this paper will serve as a tool. "I think this paper can guide people that want to improve the yield of cassava."

This is an edited version of two press releases, which can be found here and here.