Great Basin bristlecone pine trees can live for 5,000 years or longer. Did you really think they’d let a few bugs get under their skin?

A new study of the ancient trees, including some specimens high on Mount Charleston, shows they are highly resistant to damage from mountain pine beetles, which have killed millions of other types of pine trees across the West in the past decade.

Rising temperatures associated with climate change have fueled a beetle explosion throughout the region, including major outbreaks in high-elevation forests, experts say. 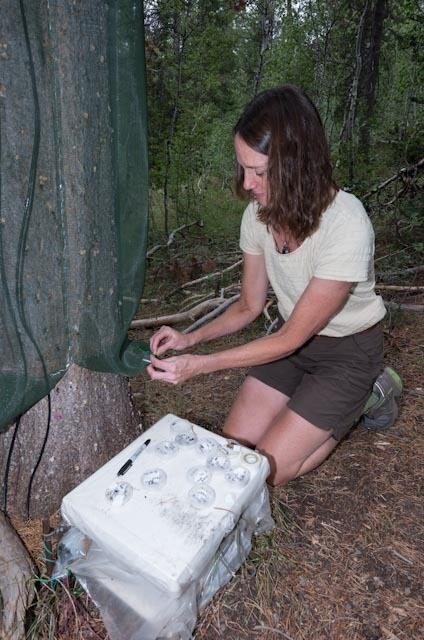 But in the same warming woodlands where the bugs are killing large numbers of other pine trees, bristlecones have escaped almost completely unscathed, according to findings by the U.S. Forest Service’s Rocky Mountain Research Station and Utah State University, both in Logan, Utah.


Researchers were surprised to discover that pine beetles don’t seem to be damaging the famously long-lived trees at all, even in places where other types of pines are under heavy attack from the insects.

“We found no bristlecones that had been attacked,” said Barbara Bentz, the Forest Service’s lead scientist on the study. 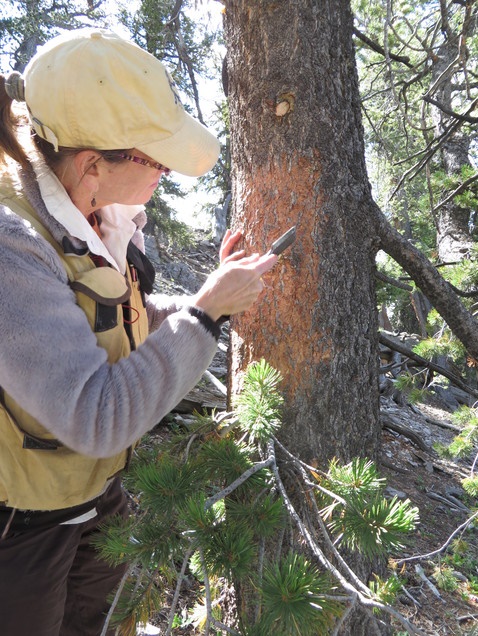 “We were very surprised to find such incredible defenses in Great Basin bristlecone pine,” Bentz said. “Extreme longevity and past evolutionary experiences have helped this species survive current pressures in a changing climate.”

The research team surveyed mountaintop stands of bristlecone, foxtail and limber pine in Utah, California and several locations in Nevada to determine which pine species were most vulnerable to beetles. Their findings were published in August in New Phytologist.

Bentz said there was some thought going into the study that trees in higher, colder locations might not be well equipped to defend themselves against pine beetles because they hadn’t been exposed to them before.

Instead researchers found a species uniquely made to fight off one impact of climate change.

But even if bristlecones turn out to be effectively beetle-proof, that doesn’t guarantee their survival in a warming world. After all, Bentz said, the oldest living things on Earth already make their homes at the tops of mountains. There’s really nowhere higher for them to go in search of cooler weather.

Bentz and her colleagues now hope to secure funding for additional study of the bristlecone’s defenses. She said it’s possible such research could lead to the development of new treatments to protect other types of trees in a hotter, more beetle-filled world. 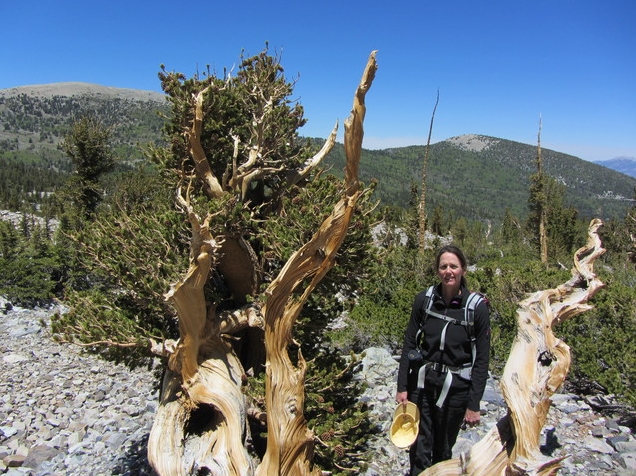 Barbara Bentz poses with a bristlecone pine during field research conducted in the summer of 2014. Photo: U.S. Forest Service.

This is a reposting of an article written for the Las Vegas Review Journal by Henry Brean.