Home » News » Evolution of a heavy metal hoover
Share this

Evolution of a heavy metal hoover


Rockcress (Arabidopsis halleri) is known to settle on hostile, heavy metal-contaminated soil, storing extraordinarily high concentrations of certain toxic heavy metals in its leaves. Researchers from Bochum and Bayreuth have analysed around 2,000 specimens of this species from 165 locations throughout Europe. They identified overwhelming diversity that has arisen among plants of the same species over the course of evolution. Their findings help explore plants’ enormous potential for future technologies; in this case, they aid the detoxification of soil and the extraction of metals that are of economic interest.

“In plants, the natural processes of evolution have produced contrasting extremes of biological performances, as well as overwhelming biological diversity,” says Prof Dr Ute Krämer from the Department of Plant Physiology at Ruhr-Universität Bochum. “However, these phenomena have been described only incompletely, and explained to an even lesser degree.”

In collaboration with the research group headed by Prof Dr Stephan Clemens of Bayreuth, the Bochum-based researchers have conducted a study of Arabidopsis halleri rockcress (L.) (O’Kane and Al-Shehbaz) that is unprecedented in scope. The study, published in New Phytologist, focused on coupled analysis of leaf and soil samples, in order to determine the concentration levels of various heavy metal and non-heavy metal elements for each of the approx. 2,000 individual specimens in 165 locations across Europe. 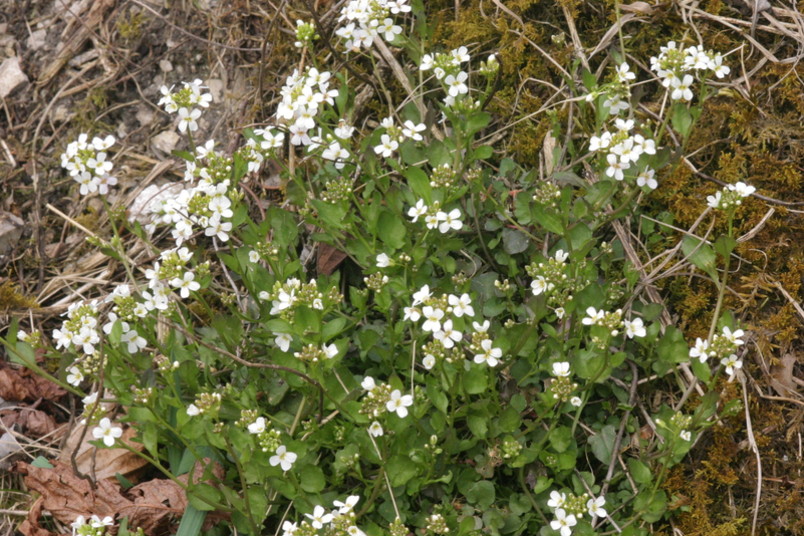 Working on location, the researchers were able to observe the outcomes of evolution much better than in a greenhouse setting. Individuals that boast properties which are most advantageous in their home environment are better adapted and produce more progeny than their local competitors. Thus, beneficial mutations propagate. Their sampling strategy also enabled the researchers to link the composition of the leaves directly to the composition of the local soil, allowing conclusions pertaining to the properties of each plant individual.

The concentration of lead, cadmium, zinc, and copper varied from location to location across almost five orders of magnitude. This means that the tolerable range of soil metal concentrations is enormous within this plant species. The record values of toxic heavy metals concentrated in the leaves of Arabidopsis halleri reached up to 5.4 per cent zinc and 0.3 per cent cadmium, in relation to dry biomass.

“Some plants had the sponge-like capacity of sucking out the heavy metals cadmium and zinc from mere trace amounts in the soil,” describes Ute Krämer. “It is an unusual defence mechanism against predators or competitors; the experimental evidence gathered for an anti-herbivore effect is the most elaborate to date.”

Moreover, the researchers identified geographic structures in the plant properties at different scales. For example, plants growing along the German-Czech border were able to concentrate cadmium more efficiently than plants in northern Italy. Within a subset of locations, the plant individuals differed very strongly from their immediate neighbours in terms of heavy metal concentration, regardless of soil composition. The researchers suspect that this is a result of on-going evolution: diverse adaptations of plants to specific local ecological conditions.

In order to prove that the differences in heavy metal concentration observed in natural habitats are the result of different properties of individuals of the species, the authors confirmed their findings in lab experiments under controlled standardised conditions. “All in all, the findings point to a surprising individuality of properties in plants of the same species,” says Ute Krämer. “Now, genetic studies can be carried out, in order to determine what causes those differences and how they originate in a plant.”

The results of the study constitute a further step towards the exploration of the enormous potential that is hidden in natural diversity, for the future development of sustainable plant-based technologies. In this case, for example, it is feasible that plants might be deployed to concentrate metals from the soil that are of economic interest. Experts refer to this process as phytomining. Moreover, plants could be used to clean soils contaminated with heavy metals, applying a technology called phytoremediation.

“Such specific biological phenomena are highly relevant for us humans, because they help us gain universal insights into evolutionary processes and the way they are interlinked with a highly changeable environment that is often hostile to life,” points out Ute Krämer. “These insights may well prove relevant for the survival of mankind in the near future.”

This is an edited version of the original press release.