Led by the University of Adelaide in Australia and the Leibniz-Institute of Plant Genetics and Crop Plant Research (IPK) in Germany, the research will give plant-breeders new targets for developing lines of barley with resistance to powdery mildew.


The two genes ─ HvGsl6 and HvCslD2 ─ were shown to be associated with accumulation of callose and cellulose respectively. These two polysaccharides play an important role in blocking the penetration of the plant cell wall by the powdery mildew fungus.


Published in companion papers in New Phytologist, the researchers showed that by ‘silencing’ these genes, there was lower accumulation of callose and cellulose in the plant cell walls, and higher susceptibility of barley plants to the fungus. Conversely, over-expressing HvCslD2 enhanced the resistance in barley. 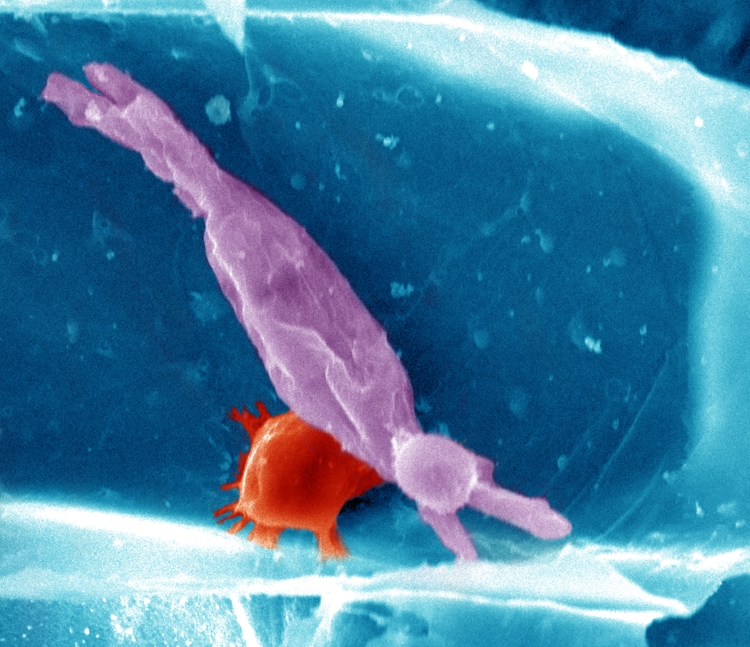 
“Powdery mildew is a significant disease of barley wherever it is grown around the world, and resistance to the fungicide most commonly used to control it has been recently observed,” says University of Adelaide Senior Research Scientist Dr Alan Little, with the ARC Centre of Excellence in Plant Cell Walls in the School of Agriculture, Food and Wine.


“If we can develop barley with improved resistance to powdery mildew, it will help barley producers increase yields and maintain high quality.”


In the plant and pathogen co-evolutionary battleground, host plants have evolved a wide range of defence strategies against attacking pathogens.


One of the earliest observed defence responses is the formation of cell-wall thickenings called papillae at the site of fungal infection. They physically block the fungus from penetrating the plant cells.


In barley, the papillae contain callose and cellulose as well as other polysaccharides, but the genes involved in accumulation of these carbohydrates in the cell wall have not been identified.

“Our results show that these novel genes are interesting targets for improving cell-wall penetration resistance in barley and maybe other cereals against fungal intruders,” says Dr Patrick Schweizer, Head of the Pathogen-Stress Genomics Laboratory at IPK.


“Now we can use these genes to identify molecular markers for breeding enhanced resistance into modern barley.”


The companion papers have been published in Issue 212:2 of New Phytologist, and you can read them here and here.

Read a related post about the striking image featured captured by Alan Little’s team and featured on the cover of Issue 212:2 on the New Phyt blog.

This is an edited version of an original press release.