Flooding is expected to become more frequent and severe in the future, with negative consequences for important food crops. New research published in New Phytologist shows that, in grasslands, growing mixtures of plants with higher diversity can help to alleviate the negative impacts of flooding. This finding may extend to how we grow important food crops.

At the Jena Biodiversity Experiment, a long-term biodiversity experiment in central Germany, researchers found that single plant species (monocultures) were less able to cope with flooding compared with species grown in mixtures totalling 16 species. Grasses stood out as a strong group, unaffected by flooding whether grown alone or in mixtures, while legumes (important nitrogen-fixing plants) were severely affected. The soil beneath species grown in high diversity mixtures was more porous than below monocultures, allowing water to drain faster and maintaining higher levels of oxygen. 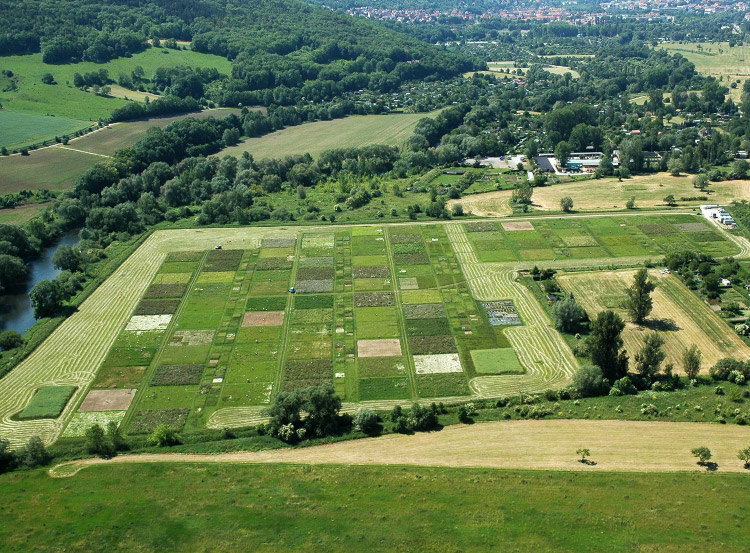 The Jena Biodiversity Experiment, Germany. Photograph courtesy of the authors.

“Our finding that biodiversity is a tool that can be used to improve individual plant resilience during a flood is very exciting,” said Dr. Alexandra Wright, lead author of the New Phytologist study. “It extends important plant physiological research on flood resistant plant traits. It also grows on a long body of community ecology research that emphasizes the importance of biodiversity for buffering against the negative effects of climate change.”