Home » News » How fresh is your maple syrup?
Share this

How fresh is your maple syrup? 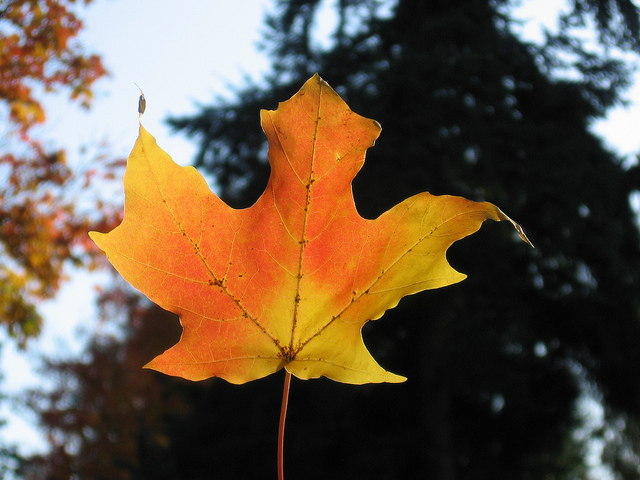 The maple syrup that’s tapped from the tree may not be as fresh as you think it is.

Sugar maple trees can store carbon from the atmosphere for several years in non-structural reserves as a buffer against disturbances such as droughts, hurricane damage, or attacks by insects. A new study shows that trees draw on this reserve when springtime sap begins to flow.

The study shows how sugar maple trees (Acer saccharum Marsh.) can use non-structural carbon (NSC) fixed from the atmosphere several years ago as a buffer against disturbance, by storing it in their sap. In the Rapid report published in New Phytologist, Dr Jan Muhr and co-authors used bomb-spike radiocarbon – 14C present in the atmosphere as a result of nuclear weapons testing in the 1960s – as a ‘radiocarbon clock’ to determine how long the NSC in sap sugars had been stored in the tree stem since being fixed from the atmosphere by photosynthesis. The average turnover time of the sap sugars was between three and five years.

Thus, the sweet sap of maple trees integrates sugars produced during several growing seasons. The findings may provide new insights on how trees store and regulate the availability of nutrients. "Our findings might be interesting news for maple syrup producers, as they suggest that springtime sugar mobilization in maple trees depends on reserves built up over several years rather than on just the last season," said Dr Jan Muhr, lead author of the New Phytologist article.