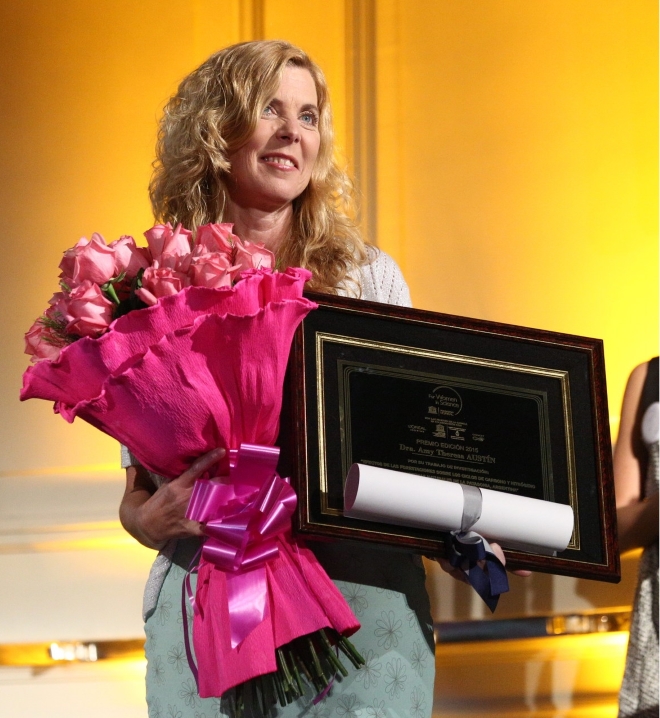 Congratulations to New Phytologist Editor Dr Amy Austin, who was recently awarded the L’Oréal-UNESCO prize for Women in Science in Argentina, for her project ‘Effects of afforestation on carbon and nitrogen cycling in natural ecosystems of Patagonia, Argentina’. Amy is an Associate Professor in the Faculty of Agronomy at the University of Buenos Aires, a Principal Research Scientist at the Consejo Nacional de Investigaciones Científicas y Tecnológicas (CONICET) and has been an Editor of New Phytologist since 2009. Speaking to New Phytologist, Amy explained that one of the main aims of the award is to increase the visibility of women in science by highlighting the work of female researchers in all fields of science, adding that 2015 is the first year that the prize has been awarded to an ecologist in Argentina. One of her next projects, making use of the $200,000 Pesos award, will be to continue to support her research group in an effort to determine the impact of ponderosa pine plantations on the natural ecosystems of the Patagonian region in South America.

You can listen to Amy talk about her award and research in her interview below. You can also watch a video in which Amy discusses the award here (in Spanish). You can find out more about the Argentina national award here (#MujerenCiencia) and the international L´Oréal-UNESCO awards here. Follow Amy on Twitter at @amytaustin. Amy was speaking to Sarah Lennon and Mike Whitfield.