A question of light: Ocean acidification slows algae growth in the Southern Ocean


In a recent study published in New Phytologist, scientists at the Alfred Wegener Institute, Helmholtz Centre for Polar and Marine Research (AWI), demonstrate for the first time that ocean acidification could have negative impacts on diatoms in the Southern Ocean. In laboratory tests they were able to observe that under changing light conditions, diatoms grow more slowly in acidic water. In so doing, Dr Clara Hoppe and her team have overturned the widely held assumption that sinking pH values would stimulate the growth of these unicellular algae. 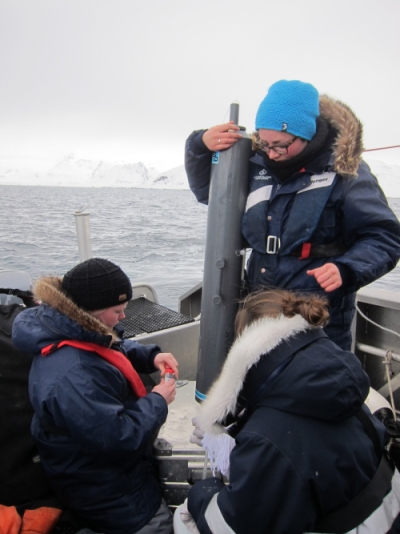 ‘Diatoms fulfil an important role in the Earth’s climate system. They can absorb large quantities of carbon dioxide, which they bind before ultimately transporting part of it to the depths of the ocean. Once there, the greenhouse gas remains naturally sequestered for centuries,’ explains Dr Clara Hoppe, a biologist at the AWI and first author of the present study (learn more about the role of diatoms in this interview with Dr Clara Hoppe).

Scientists have so far worked under the assumption that the progressive acidification of the ocean could promote growth in diatoms, primarily because the additional carbon dioxide in the water can have a fertilising effect.

However, previous studies on the topic have overlooked an important aspect: the light environment. The previous experiments used stable unchanging light conditions. But constant light is hard to come by in nature, especially in the Southern Ocean, where storms mix the upper water layers. As Hoppe elaborates, ‘Several times a day, the wind and currents transport diatoms in the Southern Ocean from the uppermost water layer to the layers below, and then back to the surface – which means that, in the course of a day, the diatoms experience alternating phases with more and with less light.’

Under these conditions, the diatoms suffer most from insufficient light when they are in deeper water layers; this is why they grow more slowly in changing compared to constant light. So here they spend less time under optimal light conditions and have to constantly adjust from more light to less. These conditions were not taken into account in experiments on ocean acidification to date.

The new study shows this shifting light intensity significantly affects the reaction to ocean acidification. ‘Our findings show for the first time that our old assumptions most likely fall short of the mark. We now know that when the light intensity constantly changes, the effect of the ocean acidification reverses. All of a sudden, lower pH values don’t increase growth, like studies using constant light show; instead, they have just the opposite effect,’ says Dr Björn Rost from the AWI, co-author of the study. 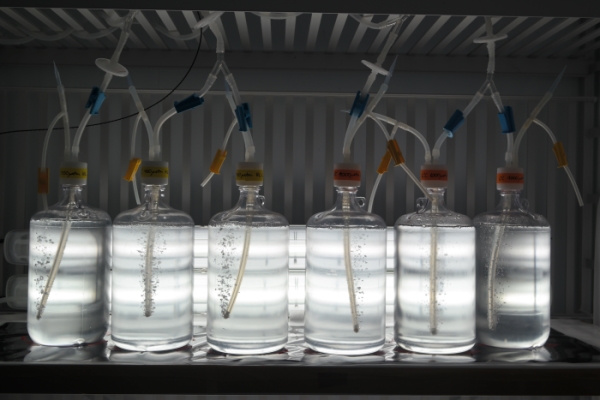 In experiments conducted at the Alfred Wegener Institute in Bremerhaven, the researchers investigated how the Antarctic diatom species Chaetoceros debilis grows in constant and in shifting light, respectively – and how the effects of the different light conditions change in todays as well as more acidic seawater.

The new study effectively demonstrates that there are surprising interactions between changing light conditions and ocean acidification. As a result, in a future scenario characterised by more acidic water under changing light intensities, diatoms’ biomass production could be drastically reduced.

The results also reveal that under ocean acidification the diatoms are especially sensitive when subjected to phases of higher light levels. As Hoppe relates, ‘At a certain intensity, the light actually begins to shut down and even destroy part of the photosynthesis chain, a phenomenon referred to as high-light stress. In these phases, the algae cells have to invest a great deal of energy to undo the damage done by the light. This point, at which enough light becomes too much light, is more quickly reached in acidic water.’ 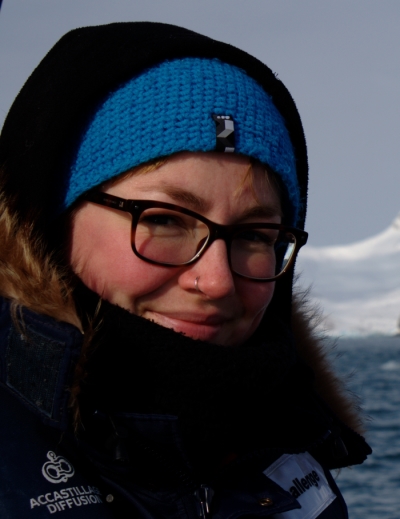 Dr Clara Hoppe on expedition in the Arctic. (Photo: Alfred-Wegener-Institut)

For their experiments, Hoppe’s team examined the diatom species Chaetoceros debilis. ‘Though it’s always difficult to generalise for all species on the basis of just one, Chaetoceros is one of the most important groups of diatoms and is often dominant in algal communities. Further, previous studies have shown that its responses to ocean acidification are fairly typical for other diatom species,’ Hoppe explains.

Over the next few years, Clara Hoppe, Björn Rost and their colleagues will continue to explore how different algae species react to changes in their habitat, which species will benefit and which will suffer. The AWI researchers will next turn their attention to investigating plankton communities in the Arctic Ocean.