Human impact on ecosystems is increasing with the growing demand for food and other products obtained via cultivating the land. However, how much is known about the effects of land use on the “invisible biodiversity” in the soil? Arbuscular mycorrhizal fungi (AMF) are among those organisms – ubiquitous but microscopic, and essential for ecosystems’ normal functioning. Early molecular studies conducted in temperate Europe highlighted the devastating impact of intensive agriculture on these fungi. The last decade has provided more details, but the understanding is still rather fragmentary.

This paper by Xiang and colleagues targets AMF diversity in native prairie grasslands and nearby arable fields in a vast area in northern arid and semi-arid China (Fig. 1). Curiously, the total species pools of AMF in the farmlands and grasslands were rather similar (83 and 90 OTUs, respectively), and the species numbers per sample were rather high (c. 20 OTUs per half a gram of soil). These basic descriptors of AMF diversity show that AMF communities in both types of studied habitats are as species rich as in many natural areas. However, land use did determine which set of AMF species prevailed in each habitat, and indirectly, mediated via soil abiotic properties, affected AMF richness and mycelial abundance. 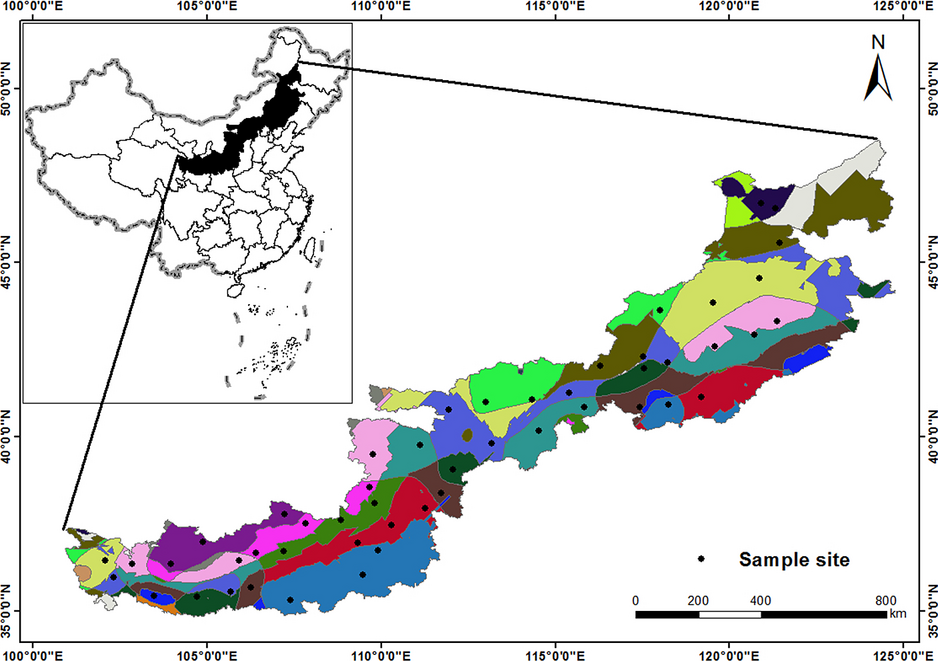 The paper makes us ask to which degree the mechanisms discovered in a certain set of conditions (climatic, land use) can be extrapolated to another region; or is it the change in sequencing methodologies that is behind the unexpectedly mild effect of land use on AMF in this region as presented by the authors? The results also point to the need for more information about the distribution of AMF. Recently, there has been an increasing flow of such knowledge from formerly less studied regions, such as Asia. There are reasons to expect this trend to continue, and to provide us with improved knowledge about determinants of distribution and functioning of plant-associating microbes such as arbuscular mycorrhizal fungi.