The abundance of crop pests in developing countries may be greatly underestimated, posing a significant threat to some of the world’s most important food producing nations, according to new research published in New Phytologist.

Data on the known distributions of almost 2,000 crop-destroying organisms in 195 countries were analysed in the first global assessment of the factors determining the distribution of crop pests.

Dr Dan Bebber and Professor Sarah Gurr, of Biosciences at the University of Exeter, found that if all countries had levels of scientific and technical capacity similar to the developed world, the number of pests reported would rise greatly and the true extent of the threat would be better understood.

Many developing countries are expected to harbour hundreds of unreported crop pests and diseases, based on current levels of agricultural productivity.

Around one sixth of the world’s agricultural production is lost to destructive organisms annually, with further losses post-harvest. 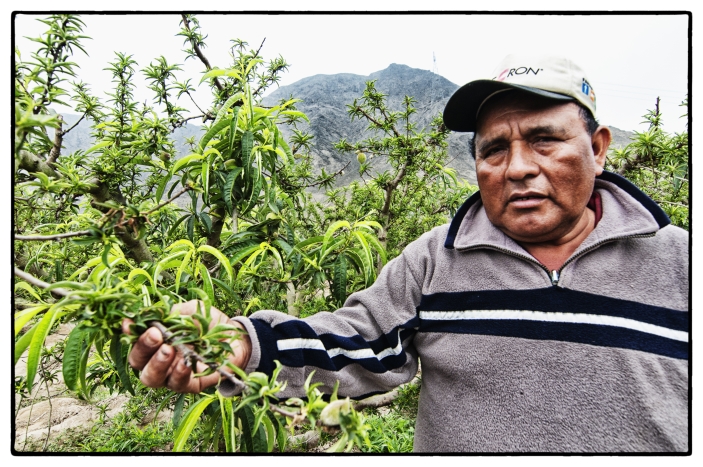 A peach farmer in Peru examines his crop for pests. (Photo credit: CABI)

Crop pests are often introduced by human activities such as trade and travel, with the wealth of a country linked to the number of invasive species recorded there because – whilst growing rich through trade – they have also accidentally imported pests in agricultural produce.

But this study also considered the link between the wealth of a country (by per capita GDP) and its ability to detect, identify and report the number of crop pests present. Developing countries are less likely to have the capacity to observe invasive species than affluent, technologically-advanced nations.

The researchers used data collated from published literature over many decades by the inter-governmental, not-for-profit organisation CABI and made available from its Plantwise knowledge bank.

Using GDP and scientific output as indicators of pest detection capacity, the study found that the pest load of the developing world appears to be greatly underestimated, and that this lack of knowledge may be severely hampering crop protection in some of the world’s most important food producing nations. 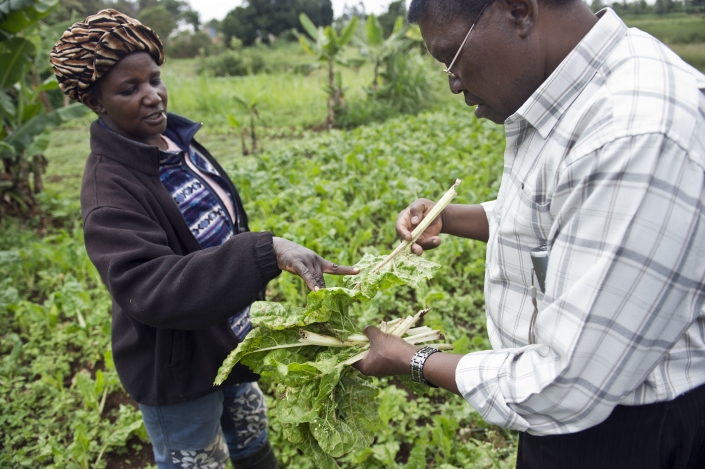 “Country wealth is likely to be a strong indicator of observational capacity, not just trade flow, as has been interpreted in previous studies of invasive species. If every country had US-levels of per capita GDP, then on average countries would be reporting more than 200 additional pests and diseases. This suggests that enhanced investment in pest observations will reveal the hidden threat of crop pests and pathogens, as well as bring into focus the opportunity to lose less of the crop by appropriate pest control. The first step to solving crop losses is to identify the pests responsible.”

The largest numbers of crop pests were reported by the USA, followed by India, China, France and Japan. Island nations reported more pests than coastal and landlocked nations, and the number of pests increased slightly with rainfall.

Professor Sarah Gurr added: “This follows hot on the heels of our recent paper showing that pests and pathogens are on the move in the face of climate change. When coupled to this study we can see that many nations are underestimating pest and pathogen loads. Taken collectively, these papers draw attention not only to the threat of crop disease, and thus global food security, but also to our need for more trained pathologists to inform policy.” 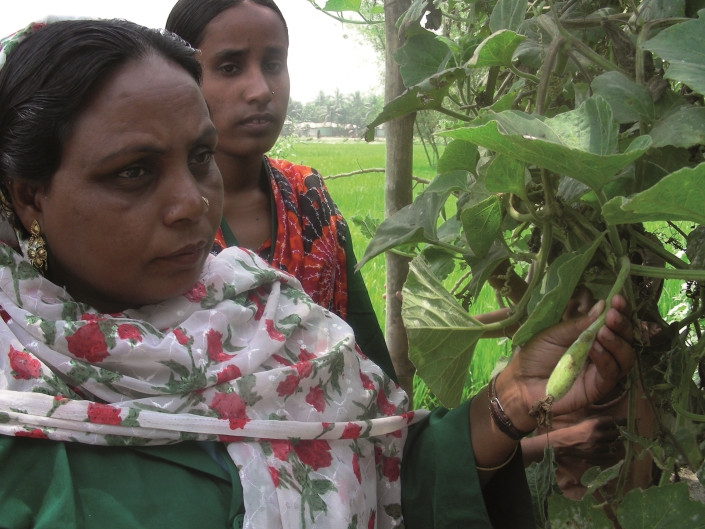 Provided by University of Exeter.