Plants find ways to survive no matter the terrain


New research, published in New Phytologist, looked at Aethionema arabicum, also known as 'stone cress', and found that the plant uses unique strategies to disperse its fruit and seeds.

Most plant species produce a single type of fruit and seed that is adapted to the environment, but stone cress produces two sizes of fruit: a large fruit which opens by splitting, and a small fruit which remains closed until it has found a suitable habitat in which to germinate.

Not only are the fruits different, but inside there are two different types of seed: multiple slime-coated seeds in the large fruit, and a single non-coated seed in the small fruit. 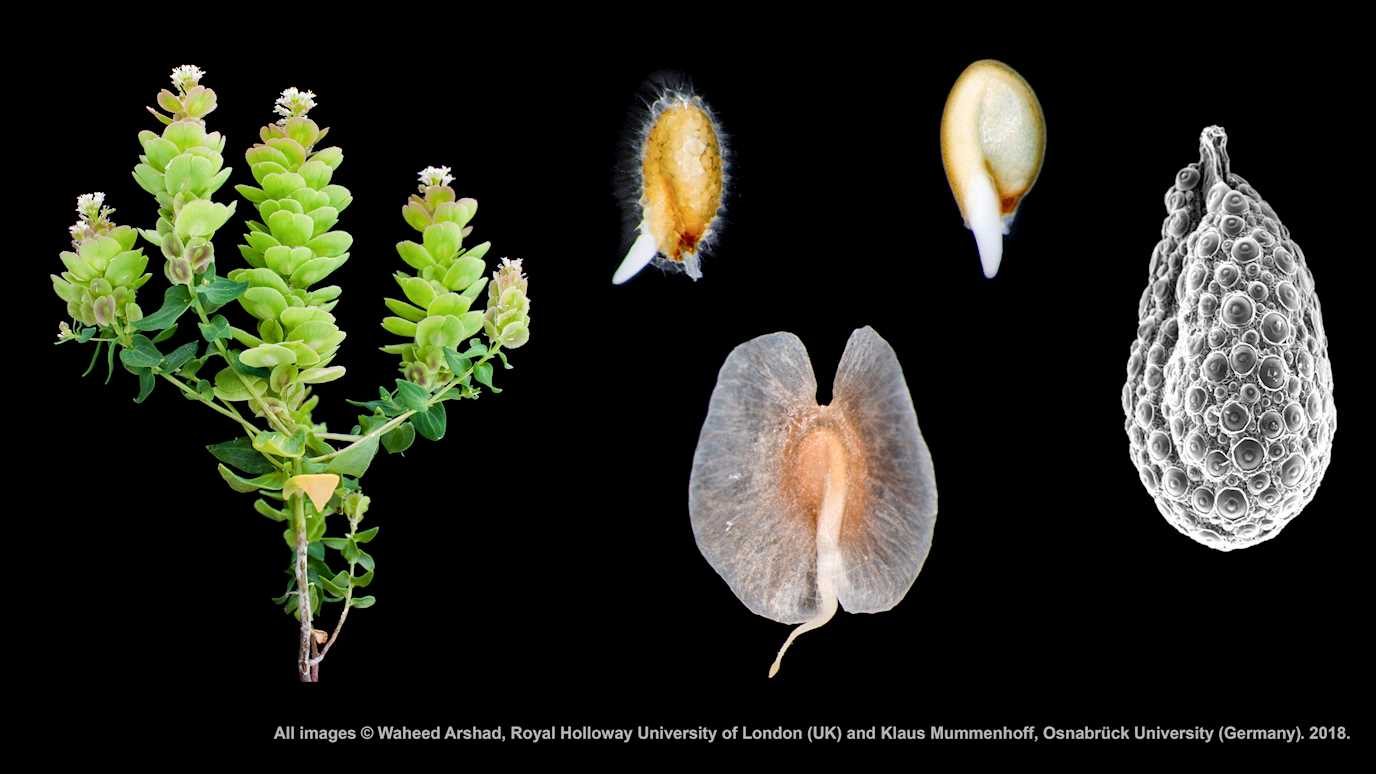 Waheed Arshad from the School of Biological Sciences at Royal Holloway, was awarded a Royal Holloway Travel Grant to present this research at a major conference in Canada last August.

He said: "We revealed two very contrasting dispersal mechanisms, employed by the same plant, at the same time. The slimy seeds adhere to the soil, effectively preventing their dispersal, while the small fruit disperses in its entirety by wind or water currents, thereby promoting its dispersal.

"The work forms part of the SeedAdapt consortium project, a European Union funded grant of €1.9 million. Investigating fruit / seed-related traits, which evolved as adaptations to cope with stresses in harsh environments, is undoubtedly of utmost importance.

"The dispersed seed or fruit is often the only phase in a plant's life cycle when it can travel – therefore, dispersal has far-reaching ecological and evolutionary consequences.

Dispersal, germination, habitat and climate of the dimorphic fruits and seeds of Aethionema arabicum.

"The common daisy is a classic example of this amazing phenomenon. The next time you mow your lawn, take a daisy and inspect it closely. The outer ring of the flower head is actually composed of many flowers, known as ray florets, and the inner circle consists of even smaller disc florets.

The research advances knowledge about plant-climate interactions, and demonstrates that Aethionema arabicum provides an excellent model system for studying the role of bet-hedging to survive unpredictable environments.

Taken from a press release.