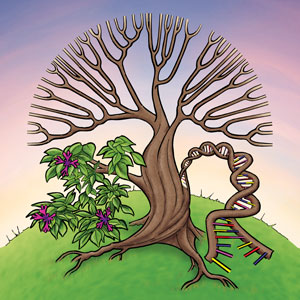 In a field often dominated by animal biology, plant evolutionary development (evodevo) scientists from around the world travelled to Beijing, China, to discuss the latest advances and future research challenges at the 37th New Phytologist Symposium. The meeting outcomes are summarised by Liao et al. (2016) in issue 212:4 of New Phytologist.

Liao et al. also discuss the challenges faced by researchers, including the need for more detailed biological data collected from many species throughout their growth and development, and the potential selection and investigation of a series of key non-model species across the plant kingdom that could provide a deeper insight into the developmental evolution of different plant forms.

The four-day symposium was supported by the New Phytologist Trust.

To find out more about the evodevo research discussed at the 37th New Phytologist Symposium, read the meeting report from Liao et al. (2016) in issue 212:4 of New Phytologist, and the post on the New Phyt blog.