Home » News » With a little help from my fungus: tomato plants are more resistant against nematodes when colonised by a fungus
Share this

With a little help from my fungus: tomato plants are more resistant against nematodes when colonised by a fungus


Plants are constantly challenged by hungry animals and infectious microbes. Nematodes of the species Meloidogyne incognita are an important enemy of tomato plants. The nematodes first induce the roots to form galls, which they then inhabit, feeding on the plant tissue. The plants' problem is that they cannot run away from their attackers. However, they have other means of defending themselves: chemical substances that are toxic or deterrent to the parasitic nematodes. The production of these compounds in the plant is regulated by hormones, like salicylic and jasmonic acid. 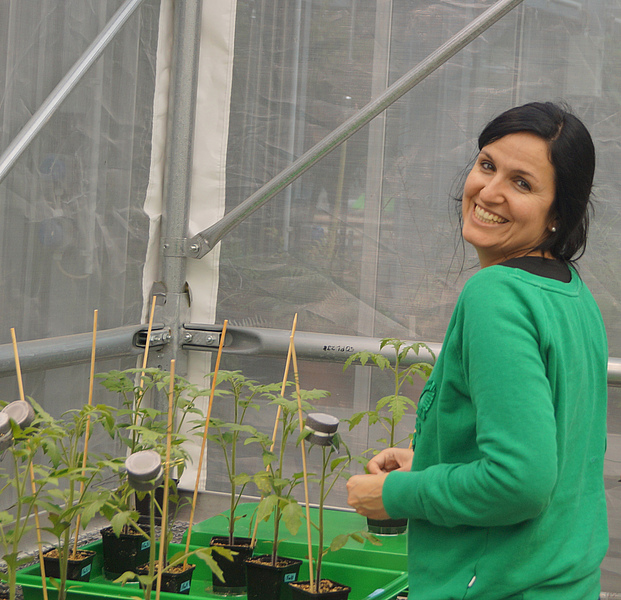 Not all interactions with other organisms are detrimental for plants – some can be beneficial, including some associations between specific microbes and plant roots. Similar to microbial communities in the human gut, microbial communities associated with roots can provide their hosts with essential functions related to nutrient acquisition and protection against infections. One example for such an association has now been reported by an international team of researchers in New Phytologist: a fungus of the genus Trichoderma lives inside the tissue of tomato plants (endophytically) and helps its host to defend itself against infestations by parasitic nematodes. “The fungus boosts plant immunity by enhancing the production of toxic chemical compounds upon nematode attack. This limits the invasion of the roots by nematodes, reduces the nematodes’ fecundity and compromises the formation of root galls”, explains Dr. Ainhoa Martinez-Medina, first author of the study and a scientist at the German Centre for Integrative Biodiversity Research (iDiv) and the Friedrich-Schiller-University Jena (FSU). Martinez-Medina conducted the experiments at Utrecht University (Netherlands), with which she had been affiliated before moving to Leipzig. 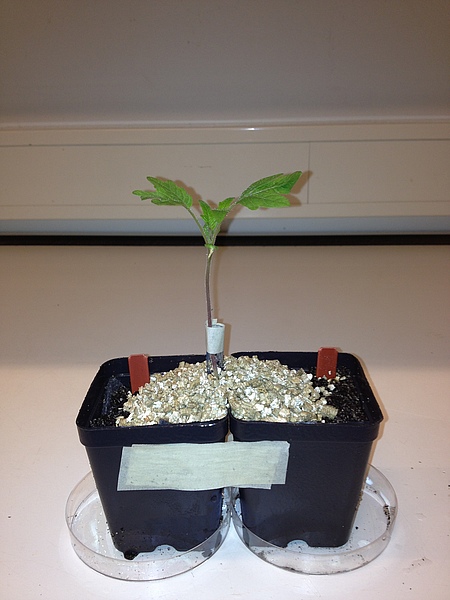 To study the interaction between tomato plants, the Trichoderma fungus and the nematodes, the researchers used a split-root study design (photo: Ainhoa Martínez-Medina).

To investigate the complex interactions between the tomato plants, the fungus, and the nematodes, the researchers used a sophisticated laboratory experiment. Half of the roots of their test plants were grown in one pot, and the other half in another pot. This allowed the scientists to test different combinations of their experimental treatments, namely infestation with nematodes versus no infestation, and association with fungus versus no association. Subsequently, marker genes involved in pathways modulated by salicylic and jasmonic acid were investigated. The results show that the Trichoderma fungus “primes” the plant, which can then defend itself faster against nematodes. “Such a ‘priming’ is comparable to a vaccination for us humans, through which our immune system learns and subsequently can react more effectively to an infection”, explains Martínez-Medina. In the future, the knowledge about beneficial fungi could also help to develop sustainable solutions for agriculture, the scientist says: “Inoculants based on these beneficial microbes could help to ‘immunize’ the plants against pathogens and pests, thereby reducing yield losses due to infections in a sustainable way.” 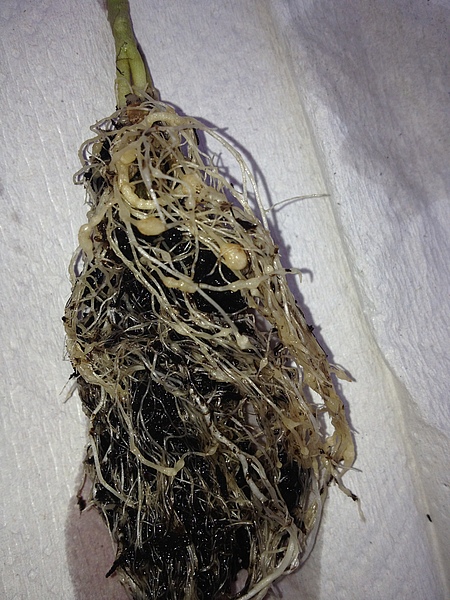 When tomato plants are infested with nematodes, the roots form galls that are then inhabited by the little worms (photo: Ainhoa Martínez-Medina).

Listen to our interview with Ainhoa Martínez-Medina on the New Phyt blog.

Adapted from the original press release.