The impact of California's drought on redwood forest ferns


Drought has become a feature of California’s climate in recent years, and while the effect of drought on trees has been documented, the lush green understorey of the state’s coastal redwood forests has received little attention. A study recently published in New Phytologist shows how California’s native ferns, well adapted to dry summers and periodic droughts, are now struggling to survive.

Co-authors Alex Baer, James Wheeler and Jarmila Pittermann conducted a comprehensive study of water relations in native ferns. Over 15 months in 2013 and 2014, during one of the worst droughts in California's recent history, the researchers closely monitored two common species in the redwood forest understory: the western swordfern (Polystichum munitum) and the coastal woodfern (Dryopteris arguta). Their findings show that extreme conditions have tested the limits of drought tolerance in these plants. 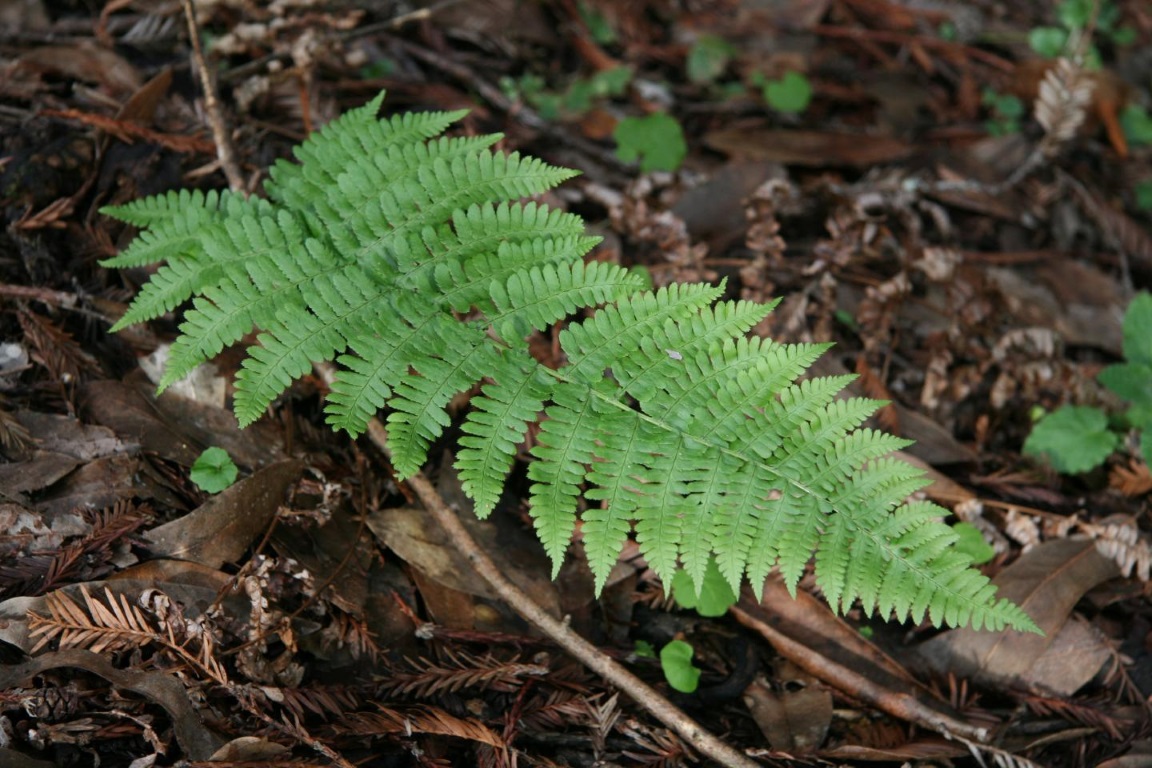 "We've seen permanent dieback in some patches," said Jarmila Pittermann, associate professor of ecology and evolutionary biology at UC Santa Cruz. "These understory species are important in themselves, but also serve as indicators of how climate change may affect our redwood forests. Considering that these plants are adapted to persist through a typical summer dry season, the dieback emphasizes just how unprecedented this drought has been over the past three years."

Her team collected data and samples at the study site every 10 days, including measurements of soil moisture, leaf temperature, hydration status of the plants, and how efficiently water moved through the fronds. They also conducted greenhouse experiments and laboratory tests. "We found that during the worst part of the drought in 2013, these ferns had extensive embolisms that severely compromised the ability of the xylem to conduct water," Pittermann said.

The fronds of the understorey ferns can almost entirely lose the capacity to transport water by the end of the dry season, yet they can recover within 24 hours after a heavy rain. Despite this physiological resilience, however, an extended drought limits the plants' ability to photosynthesise and store energy. As a result, they may develop fewer new leaves in the spring and be more vulnerable to insects – Pittermann and others have noticed an increase in infestations of thrips, tiny insects that feed on plant sap, affecting ferns during the drought – and diseases.

Pittermann emphasised the importance of the redwood forest ferns as indicators of ecosystem change. Continued drought could lead to a very different type of understory and might even threaten the redwoods themselves. "Redwoods are not deep-rooted trees, so an extended drought will eventually affect them too," she said. 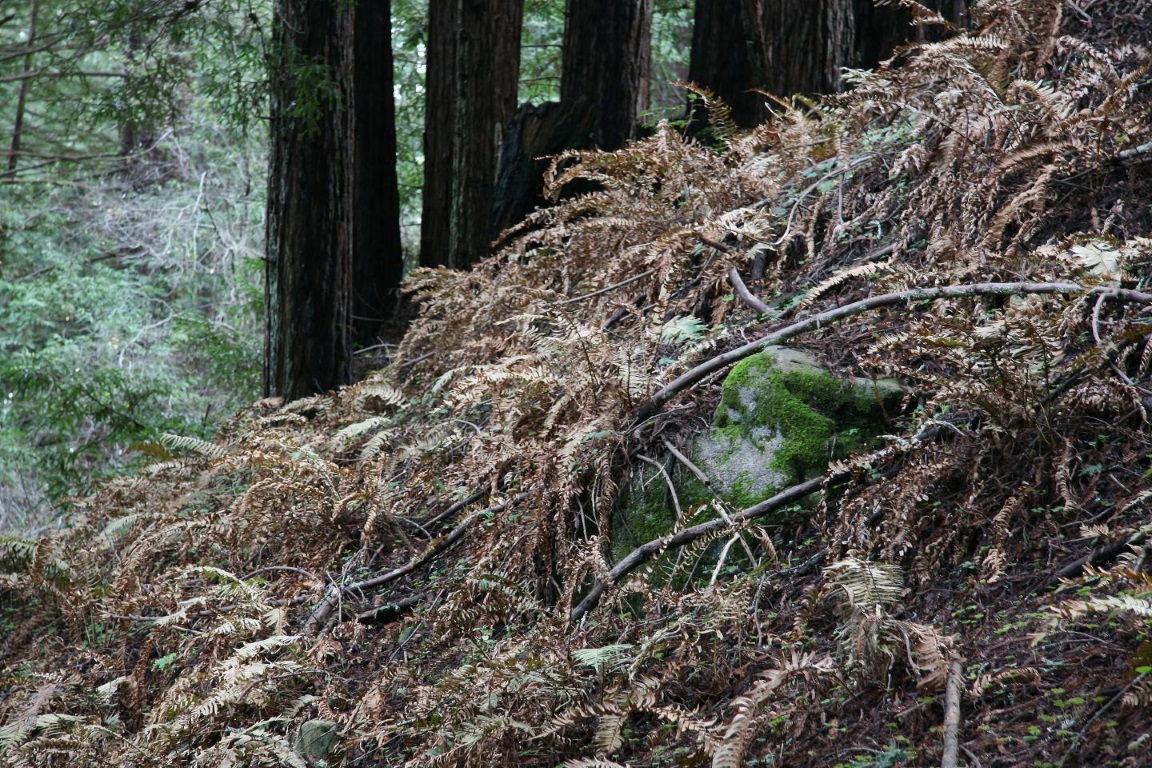 Dieback of the understorey in the Californian redwood forest.