At the 2013 Editorial Meeting, New Phytologist Editors and Central Office staff embarked on a tour of the Royal Botanic Gardens at Kew, UK. Whilst navigating through the gardens and admiring the wonderful diversity of flora on display at Kew, the Editorial Board wandered into a yew grove of particular significance to New Phytologist. 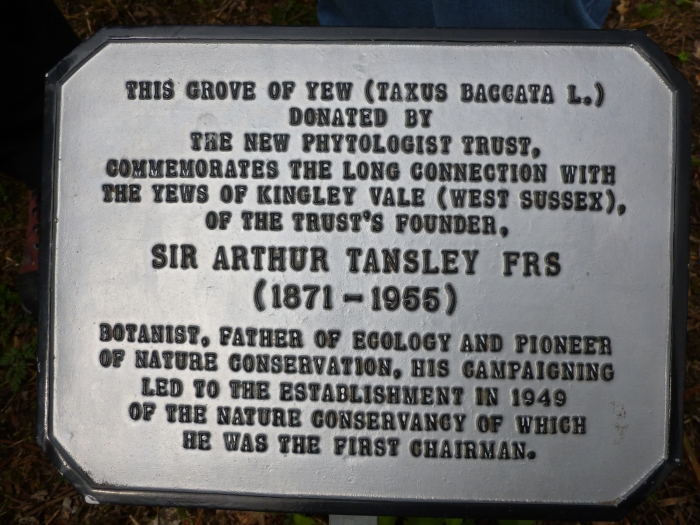 Text reads: 'This grove of yew (Taxus baccata L.) donated by the New Phytologist Trust, commemorates the long connection with the yews of Kingley Vale (West Sussex), of the Trust’s founder, Sir Arthur Tansley FRS (1871–1955) botanist, father of ecology and pioneer of nature conservation, his campaigning led to the establishment in 1949 of the nature conservancy of which he was the first chairman.'

Read more about the story of Sir Arthur Tansley by clicking here.

Below are photos of the New Phytologist Editorial Board and Central Office team at the Sir Arthur Tansley commemorative plaque at Kew Gardens: 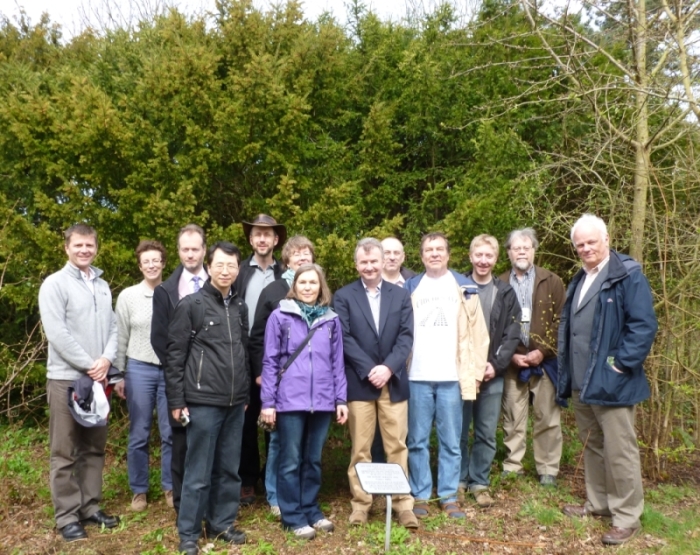 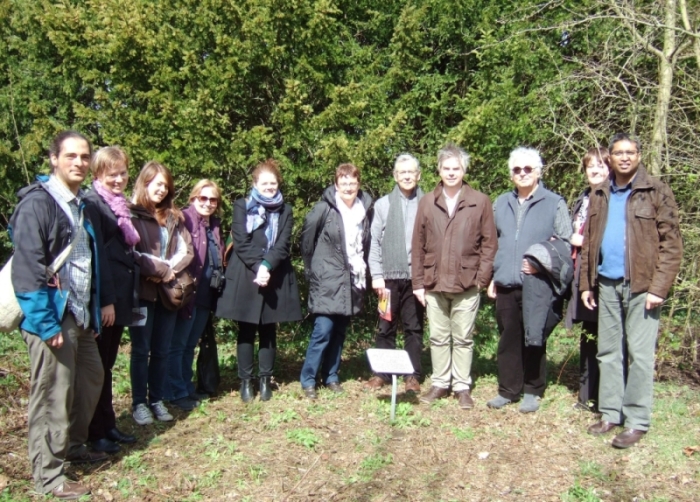