“The Amazon forest is a pretty amazing place. There are so many magnificent trees, magical plants and fungi, strangely twisted and contorted lianas, not to mention the insects, spiders, and snakes, that I think I could spend the whole day taking pictures.”

In this instalment of our Behind the Cover series, New Phytologist Editor Richard Norby talks us through the research behind the cover of issue 215:1.

The Amazon forest is a pretty amazing place. There are so many magnificent trees, magical plants and fungi, strangely twisted and contorted lianas, not to mention the insects, spiders, and snakes, that I think I could spend the whole day taking pictures.

But alas, there are measurements to be made and samples to collect, so most of the photos I take are technical pictures to document a particular procedure or observations. Occasionally, however, the technical picture is also a visually exciting one.

The photo on the cover of New Phytologist 215:1 was taken on April 11, 2014, with a Pentax WG-3 camera using flash. The most important thing I want to emphasize is that the scene was not manipulated in any way – I did not move any of the leaves or stems before taking the picture.

I took this cover photo in the Amazon rain forest north of Manaus, Brazil, at the site of the AmazonFACE experiment, described in a Viewpoint in New Phytologist 209: 17-28. This was early in the project development when Beto Quesada, Iain Hartley, Anthony Walker and I were making initial measurements necessary for determining locations of the experimental plots.

Knowing that in a subsequent visit we would be installing minirhizotron tubes for measuring root production, I wanted to get an initial sense of root morphology and distribution. It wasn’t hard to find roots – there they were, right on the surface amongst the thin layer of leaf litter.

Roots also grow right up the trunks of trees in this forest where they can capture nutrients before they ever touch the ground. These are important adaptations for a low-nutrient, high-moisture ecosystem where efficient recycling of limiting nutrients is critical for maintaining productivity.

While these roots on the surface are fascinating to look at, they will be a challenge to measure using the minirhizotrons being deployed for quantifying fine-root production in the soil. In the photo on the left, Amanda Longhi Cordeiro and Erick Oblitas are collecting root images from the minirhizotron tubes that were installed in 2014.  Minirhizotrons are clear plastic tubes that probe into the soil to a depth of about 1 meter. A camera records images of roots on the surface of the tube, and the images are subsequently analysed to obtain root length and diameter. We are trying a new method supplementing the standard minirhizotron tube with a short tubes installed horizontally directly on the surface on top of roots (see below).

With funding from the InterAmerican Development Bank and Brazilian science organisations, a multi-disciplinary and international team of scientists are tackling five research questions focusing on carbon metabolism and cycling, water use, nutrient cycling, forest community composition, and interactions with environmental stressors, to help answer the overarching question: “How will rising atmospheric CO2 affect the resilience of the Amazon forest, the biodiversity it harbors, and the ecosystem services it provides?”

While engineering plans are developed for the experimental infrastructure, students, postdocs, and senior scientists have been making a vast array of measurements to fully characterise the experimental plots. There has been a special emphasis on the environment and biology below ground, including biogeochemical cycling, root growth and distribution, and root traits that might tell us more about root function. The Virtual Issue on root traits linked to issue 215:1 of New Phytologist provides valuable guidance for our approach. 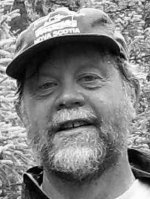 Richard J. Norby is a Corporate Research Fellow in the Environmental Sciences Division and Climate Change Science Institute of the Oak Ridge National Laboratory, and Joint Professor in the Bredesen Center for Interdisciplinary Research and Graduate Education of the University of Tennessee-Knoxville. He is a physiological ecologist with interests in tree growth, forest ecology, carbon and nitrogen cycling, and ecosystem responses to atmospheric and climatic change. He has been conducting experiments on the responses of trees and forests to elevated atmospheric CO2 since 1982, with an emphasis on belowground responses, and was the principal investigator of the Oak Ridge Free-Air CO2 Enrichment (FACE) Experiment. He currently is task leader for Nutrient Biogeochemisty in the multi-lab NGEE-Tropics project, task leader for Sphagnum research on the SPRUCE project, a large-scale manipulation experiment in a spruce peat bog in northern Minnesota; and member of the Scientific Steering Committee of the Amazon FACE experiment.

Norby has a B.A. in chemistry from Carleton College and a Ph.D. in Forestry and Botany from the University of Wisconsin. He is was elected  fellow  of the Ecological Society of America in 2016 and the American Association for the Advancement of Science in 1995, and he is a member of the Association of Tropical Biology and Conservation and the American Geophysical Union. Norby is an editor of New Phytologist and a member of the Board of the New Phytologist Trust.