Last month, Chris Thorogood, Head of Science and Public Engagement for Oxford Botanic Garden & Arboretum and Plants, People, Planet Editor, logged on to Reddit to answer questions in an AMA (Ask Me Anything). We’ve selected some of the highlights below.

I’m afraid we didn’t have room for all the posts – read them all on the AMA, which has also been archived on The Winnower. You can cite it using this DOI: 10.15200/winn.152656.61432. Read on below for fascinating insights into some weird and wonderful plants!

I’m Dr. Chris Thorogood, Head of Science and Public Engagement for Oxford Botanic Garden & Arboretum. I do research on evolutionary genetics of plants and biodiversity hotspots. I’m here today to talk about it. AMA!

Regarding carnivorous plants, has the scientific community been able to find the series of ancestors which bridged their evolution from plants which get their nutrients via photosynthesis and soil nutrient extraction to their current feeding mechanism?

I find it hard to imagine how these ancestors would look and would be interested if the occurance of the necessary genes and features are random or if they can be influenced by the environment (I know selection is defined by the environ).

Great question. There is a fascinating plant called Triphyophyllum which oddly has leaves a bit like a sundew but also like those of Nepenthes. It’s like a ‘missing link’ taxon. Sadly very rare in collections and not well understood. It could hold some really interesting clues for scientists about how carnivorous plants evolved.

More generally, it’s believed that a sticky leaf was the forerunner to carnivores like Nepenthes, sundews and Venus flytraps – so the ancestor to all these was probably a bit like a sundew or a Drosophyllum… that’s the closest thing we have alive today that would look a bit like what you’re trying to imagine.

What’s the most interesting thing, in your opinion, about the evolutionary tactics of plants?

Secondary question: what’s the most interesting example of co-evolution between plant/animal or plant/insect?

I love your question! I also think of the traits plants have evolved as tactics – especially when some seem so cunning. There is one plant – called Aristolochia arborea – which has a flower that mimics a mushroom. It looks and smells just like one. So little rain forest midges that normally lay their eggs on fungi are attracted to it because it seems a good place to lay their eggs. And the poor midges’ eggs just perish – but the plant has been pollinated. Such a mischievous plant!

The most interesting example of co-evolution for me has to be the ant plants. Ants and plants have crossed paths for millions of years and so some are now inseparable – the ants actually live in the plant and patrol it, fighting off their predators. So fascinating.

That’s pretty amazing, very interesting on both, indeed! Thanks for the informative reply.

I have a follow-up question as well: how does the plant “know” what the mushroom looks like in order to mimic it? And even knowing “if I look like this, then this species will do this” all without eyes as well… This goes for any other flowers and plants imitating bugs, fungi or anything else. This has always made me wonder.

The way I think of it is this:

At some point in evolutionary time, a plant that happened to look very slightly like a mushroom will have arisen through random mutation of genes. This plant then may have been more likely to have attracted pollinating midges, and therefore spread its genes – i.e. been successful. It would have had what we call a selective advantage over other less-mushroom like plants which would have been less attractive to the midges. Over time (lots and lots of time!) selection would have gradually favoured plants with flowers that look more and more like mushrooms… so it would have been a very gradual and incremental process.

I’m an aspiring hobby botanist and am curious if you have any resources you’d recommend to someone who still gets lost when trying to use identification keys that delve into some of the more botany specialized terms to differentiate plants?

I totally understand. Some texts can seem impenetrable because of all the specialist terms. It does get easier with time though. The best thing is to highlight all words you’re not sure about and look them up in a glossary (most definitions are also online) – but what’s important is to use a good flora that you know has most or all of the plants in a given area that you want to identify. For example Stace in the UK. Otherwise a key can quickly lead you down the wrong path!

Are there plants that naturally occur in nature that glow in the dark?

I am not 100% sure but my inclination is no for higher plants. I am not aware of any at least. Some organisms a bit like plants are bioluminescent (glow in the dark). Also genetic engineering has made it easy to ‘stick’ genes in that can make them glow – but not naturally. Great question!

I’m a biology student, and for our semester project, we are essentially tasked with finding researchers and presenting current research within the field of biology to gain insight and broaden our perspectives. As a subscriber of r/science, I saw your AMA here and decided that this would be a perfect opportunity to ask you a few questions.

Regarding carnivorous plants, what is the most interesting prey you have seen a plant consume?

Well you’ve probably read that sometimes small rodents end up in pitcher plants. I’m afraid I’ve not seen this personally. Although last week I was doing some experiments on a pitcher plant. I tipped the contents of the pitcher down the gents’ washroom so that we had a clean pitcher to work with – and in doing so, completely filled the toilet with ants! That was a specimen from our glasshouses – clearly a very efficient predator.

I was looking into your publications and saw that you created a 3D oil painting of Rafflesia arnoldii. What went into creating this replica, and additionally, why does it grow so big?

You’ve done your homework 😉 This was great fun to do. I’m also an artist and I wanted to bring to life something that few people are lucky enough to see. So I set about making it from cardboard and papier mache, then plaster, then oil paints. It took a good few weeks to complete (and dry!).

Lots of scientists have mused over this question. It’s not entirely known why it is so big. One hypothesis is that because it flowers infrequently (so can be hard to be pollinated) and attracts flies with the smell of carrion, perhaps it needs to be big to broadcast its smell far and wide. This might make it easier to find for pollinators on the dingy rainforest floor. Scientists also know that ‘gigantism’ in the plant evolved pretty quickly in evolutionary terms.

But there are more questions than answers when it comes to Rafflesia I’m afraid!

Lastly, as Head of Science and Public Engagement, what are the most common ways you engage people with the field of botany?

People like to be surprised. When I explain the intricacies of how carnivorous plants attract, trap and digest insect prey, it’s very rewarding for me to see how excited and surprised people are. We often think of plants as being quite inanimate because they do not move on the same timescale as us. But once you take a closer look at plant behaviour and evolution, it’s every bit as exciting, dramatic and fascinating as that of animals in my opinion.

Thanks for all your insightful questions. This was really thought-provoking and I enjoyed answering every one of them.

With many thanks to Chris Thorogood, and Cathy Greig and Aileen Irons at Wiley for coordinating this AMA. 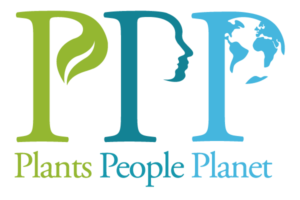